Jabba the Hutt Shepherd’s Pie: Return of the Vegan

I could never be a vegan or vegetarian, I like bacon and steak, and anything else meaty and tasty. I fully support vegans and their lifestyle, it just means more bacon for me. Even if it’s got no meat in it, this might be the most awesome shepherd’s pie I have ever seen. It has Jabba sitting on top with his disapproving frown. 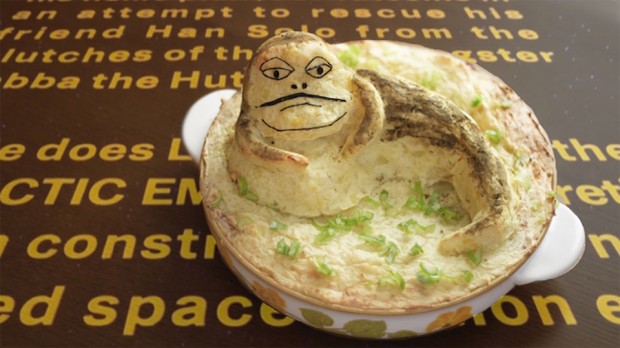 He floats atop a meatless pie; I’d want some beef or chicken in mine personally. This entree looks very cool, and the only thing lacking is a Slave Leia cupcake tethered to Jabba for desert. 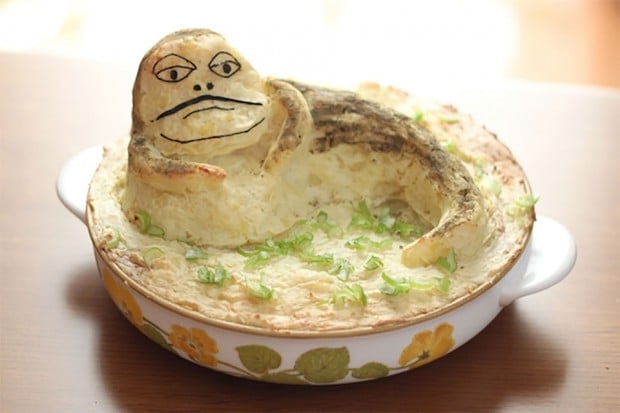 The pie is made from potatoes, soy milk, and vegetable stock. I want to eat this pretty badly. I tried making Shepherd’s pie once, it didn’t go so well and ended up with mushy potatoes and hard vegetables. The kids remind me of that fact each time I want to try and cook something new.

Head over to Rocket News 24 for the full recipe if you want to make your own Jabba pie.