Operating systems have built-in voice dictation, but YouTuber Zip Zaps wanted an old school output device. So she made an awesome-looking set of fingers that manually operates a typewriter. 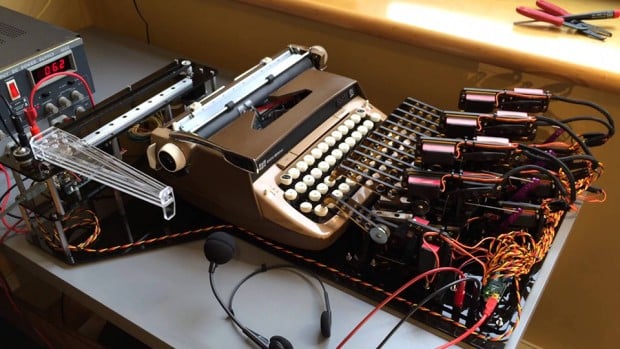 Zip Zaps didn’t actually modify the typewriter itself. Instead, she buily the machine around the outdated instrument. That included building a separate finger to move the carriage return. She used a Pololu servo controller, a Big Easy Driver and an Arduino board to control the machine, while Windows handled the speech-to-text conversion.

It would be awesome if she could build an army of these tentacles to churn out papers. And make coffee.

Ice Crystals on a Bubble Wand