Lots of super heroes have sidekicks. Batman has Robin for instance. So far, Deadpool doesn’t have a sidekick, but James Corden, host of the Late Late Show, really wants the job. So Corden sat down with Ryan Reynolds to try and persuade him to create a new sidekick role. 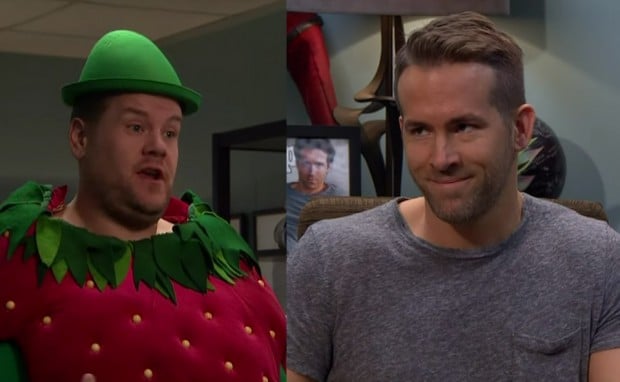 Naturally, Corden was the sidekick, and dressed up in a variety of weird costumes to win the role. I’m not sure what’s up with that strawberry costume. Reynolds isn’t crazy about any of them, but in the end he comes up with a solution. I won’t spoil the finish for you, so just watch the video and enjoy…

If you haven’t seen Deadpool yet, you need to go it’s awesome. There will surely be sequels and they had better be just as awesome.