Singing Skull Piggy Bank: The Skull of the Bard

Redditor qvm has a new motivation to save coins, and perhaps even earn some. They made a piggy bank with a fake skull on it that sings a song when you insert a coin. 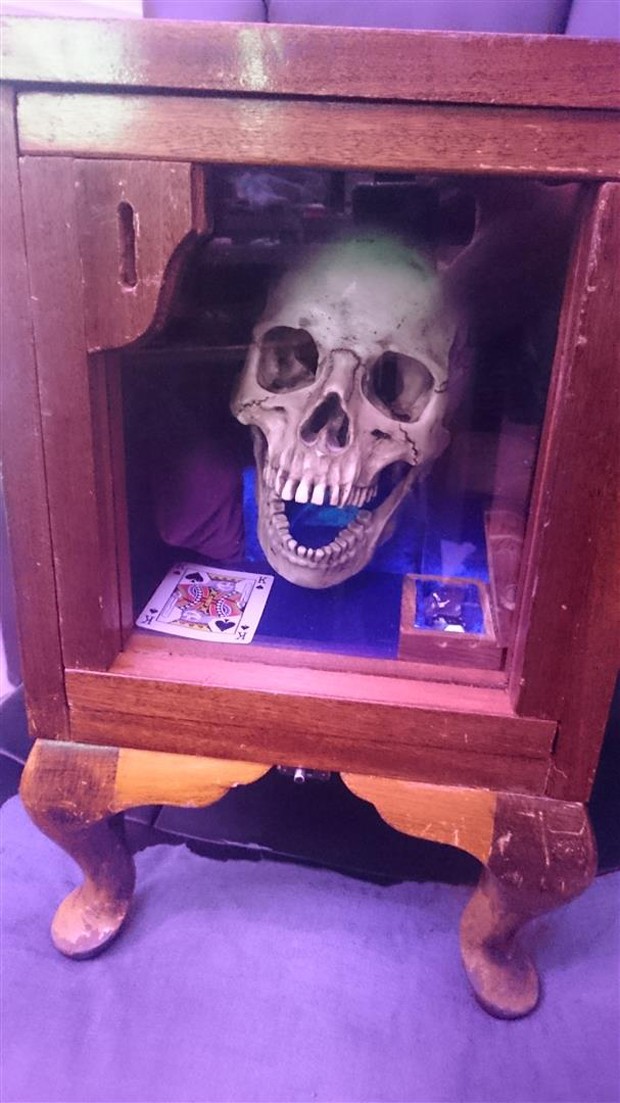 A servo attached to the inside of the skull moves its jaw as the song plays. The jaw’s movements are preset for each song. Qvm made a program that recorded his mouse cursor’s movements, then he listened to each song and moved his mouse cursor up and down in time with the words. His program creates a file that the Arduino inside the piggy bank converts into servo positions.