Guy Turned a Garden Shovel into a One-string Electric Guitar

We’ve seen all kinds of homemade guitars around here, but I don’t think we have ever seen a shovel turned into a guitar before. Check out this this video of musician Rob Scallon as he actually rocks out with his Shovelcaster. 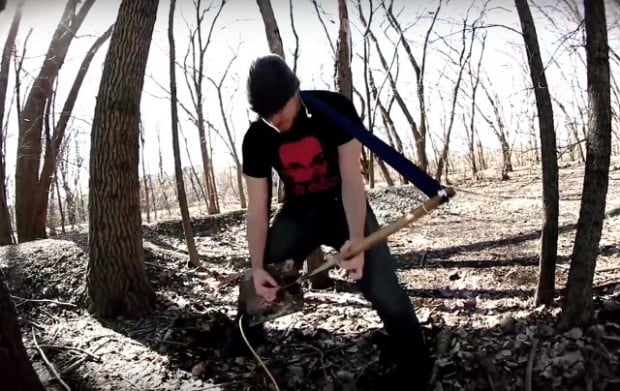 Rob’s pal from How to Make Stuff modified an average shovel into a one-string electric guitar. You’ll be surprised by the sound that Rob is able to get out of this thing. It isn’t what you would think. It sounds pretty awesome. Really awesome in fact. It will blow you away. So if you ever find yourself in need of a guitar and all you have is a shovel, you too can rock out.

Now what about other garden tools? I hope we see a hoe guitar too. Can you dig it man? I can dig it!