I am a big Predator fan. Last weekend I was trying to Watch Alien vs. Predator: Requiem. It sounds like such an awesome premise, and then the movie sucks balls. Like most of you, I still like the original Predator with Arnold the best. All Arnie needed to defeat the evil alien was some mud and pointy sticks. 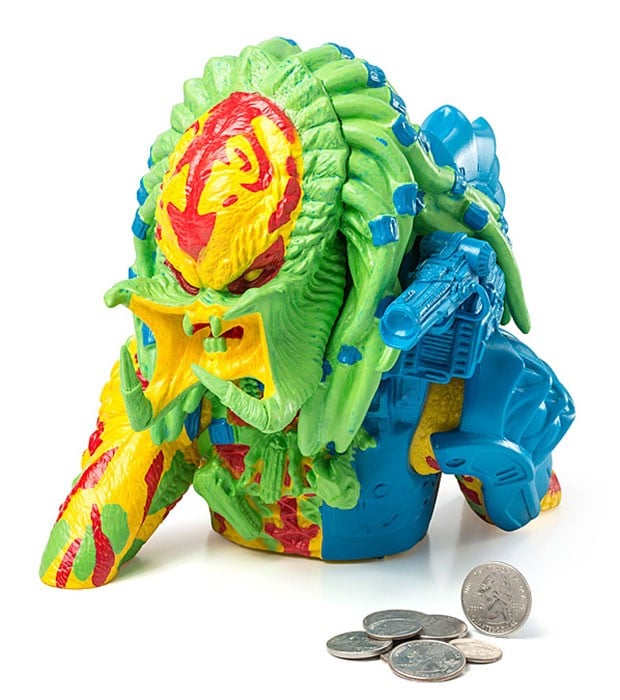 This Predator is sans mask, and has his jaw finger thingies spread and ready to take your coins. It’s a bank after all, granted not a particularly large one. He’s all done up in primary colors because it is supposed to look like a Predator seen through a thermal device. 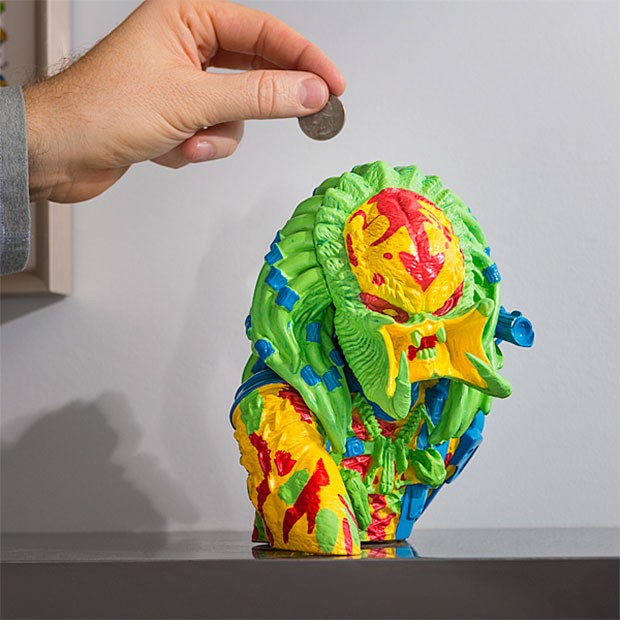 I’d rather have it painted up correctly and looking like it’s coming to kill me. I also found the Predator scarier while wearing his dreadlock mask than without. Get your own bank at ThinkGeek for $24.99(USD).