I can remember to this day how scared I was the first time I watched Aliens growing up. That movie was so cool I couldn’t look away, but I certainly didn’t sleep much that night. I remember ol’ Brown Bess from the movie, even though that rifle didn’t save the Marines. 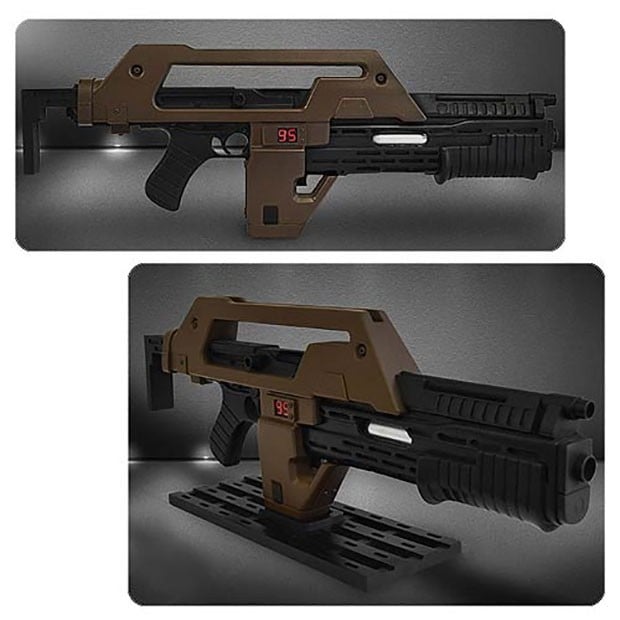 Aliens fans can now get their hands on this officially-licensed M41A1 Pulse Rifle Brown Bess prop replica by Hollywood Collectibles Group. The impressively detailed, 5.5lb. replica was made using designs of the original hero weapons from the movie, though it has no moving parts. 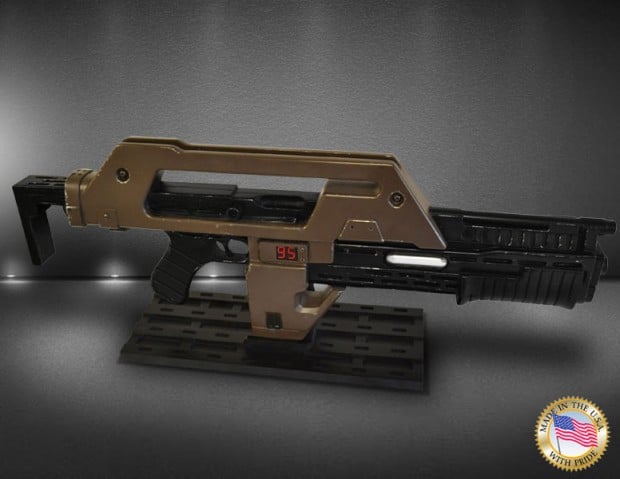 The replica also ships with a tabletop display stand and reinforced metal sling attachment points. Sadly, the LED ammo counter on the side is a sticker, stuck at 95. Still, it’s pretty awesome. Only 750 pieces are available globally and it will set you back $499.99 at Entertainment Earth.