For years now, display manufacturers like LG and Samsung have been teasing flexible displays by creating mobile devices that can be folded to be more portable. But researchers at Queen’s University’s Human Media Lab show us that flexible displays can also lead to novel yet intuitive ways of interacting with devices. 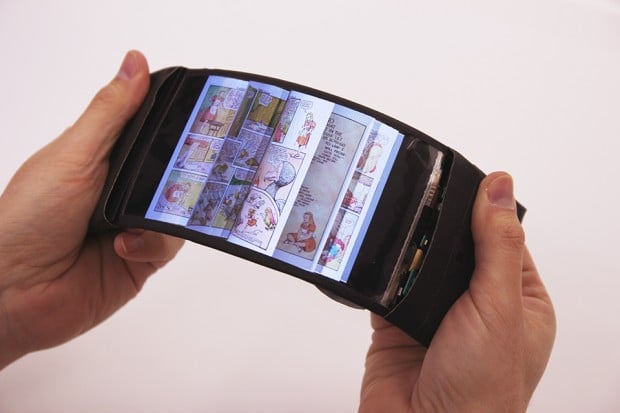 The Human Media Lab’s ReFlex is an Android smartphone with a flexible 720p LG OLED display. The researchers added bend sensors to the phone and created apps that accept bending the device as input. For instance, in the image above a comic book reader lets you flip back and forth by bending. On the other hand, the image below shows a customized version of Angry Birds where you cock the sling not by touching the screen but by bending the phone. 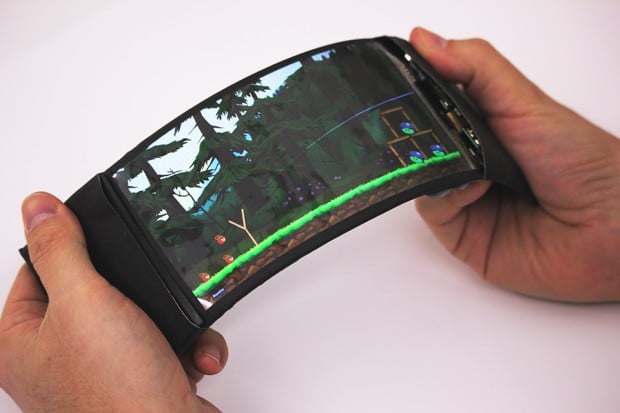 The researchers wisely augmented the new gesture with sound and haptic feedback to make it more intuitive.

I’m not convinced that warping the phone itself is better than touch-based input. Perhaps it would be more suited for smartwatches, because their displays are so small that touching one obscures what’s onscreen. Or maybe the Human Media Lab could make a colored version of its paper-thin tablets.

[via Queen’s University via The Awesomer]