One of the most tedious parts of setting up a new computer is transferring your files and applications from your old computer. If you’re a gamer, that process becomes even more tedious depending on how many games you want to move or re-download. Thankfully for Steam users, an angel named Scribbles made a dead simple Windows program that makes this process much faster and simpler. 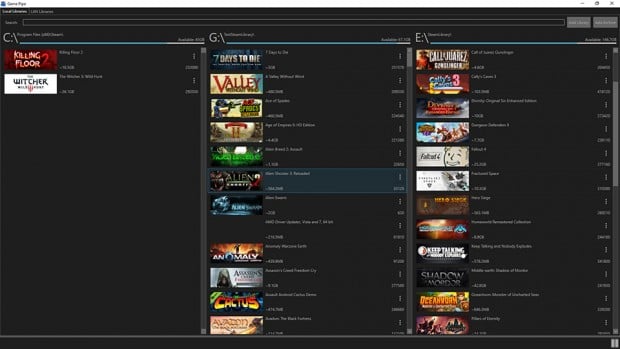 When you fire it up, Scribbles’ Game Pipe will search and display Steam libraries on multiple hard drives, as well as those on other computers on the same network. All you have to do is drag and drop games from one drive or computer to another and it will do the rest, including managing configuration files. Once you’re done moving games around, restart the Steam application on the new location and you’re good to go.

You can download Game Pipe for free from Scribbles’ GitHub page. He’s also asking for votes on Steam Greenlight to see if he should make a commercial version. Scribbles promises that he’ll keep Game Pipe open source even if he goes on to sell it.