We’ve seen a couple of cool LEGO BB-8 models, but this LEGO Ideas proposal by Mark “mjsmiley” Smiley and James “artbot138” Garrett is significant because it can actually roll while its head stays upright, all using commercially available LEGO parts. 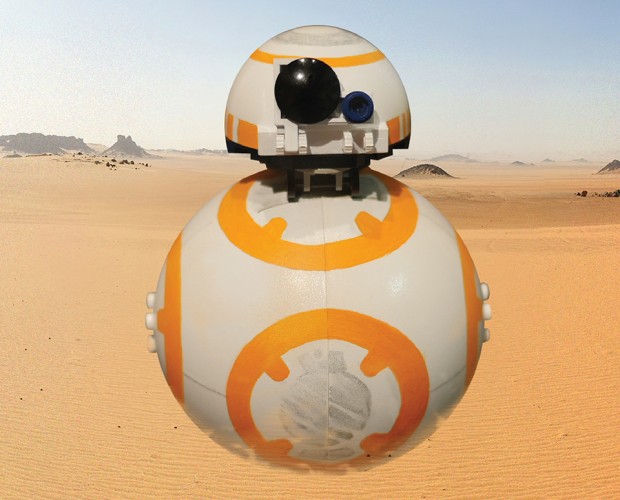 While the droid’s body may not look like a LEGO part at first glance, it’s actually a model of the planet Tatooine, which is part of LEGO set #9675 along with Sebulbba’s Podracer. Of course Mark and James had to paint over Tattooine to match BB-8’s body, but it couldn’t be helped. The magnets under the head are attracted to the magnets inside the body, which are kept upright by weights. Those magnets work together with that small wheels that are also under BB-8’s head to keep the part upright when the body rolls. Speaking of rolling, the model can roll only on one axis – forward and backward – but it’s good enough for a relatively simple LEGO set. 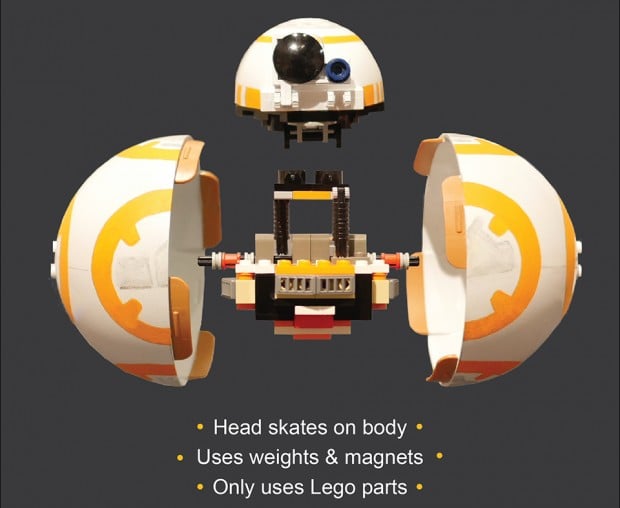 You can roll BB-8 on the ground, but Mark and James also made a display stand with wheels on its base so you can roll BB-8 in place. The set also comes with BB-8’s arc welder and thumbs-up torch, which can be stored in the base. All in all the set consists of about 180 pieces. 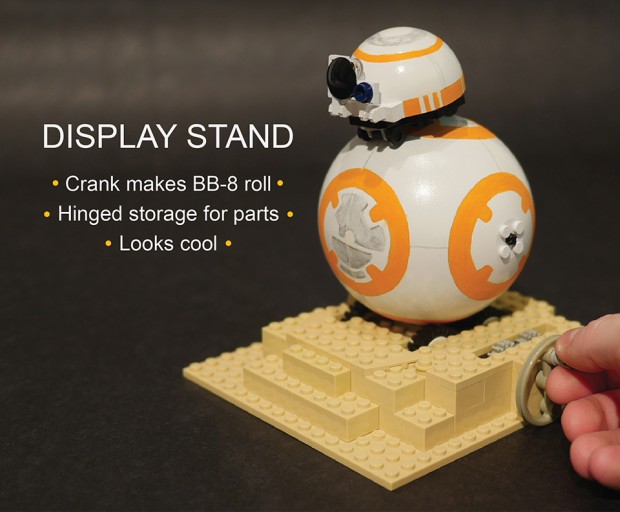 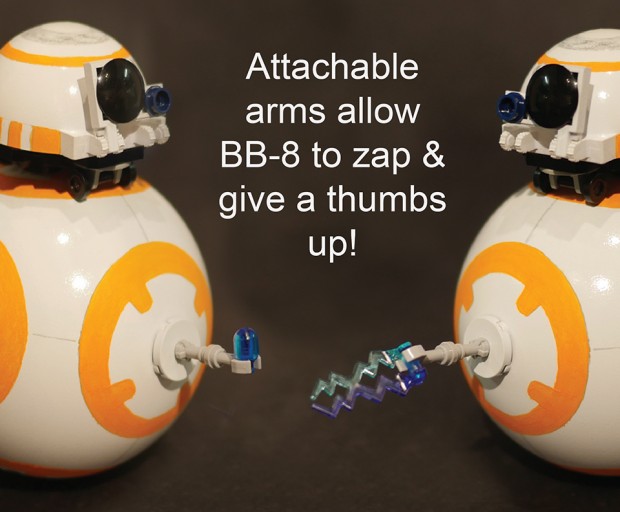 Here’s a demo of the model:

Roll to LEGO Ideas to vote for this clever concept.