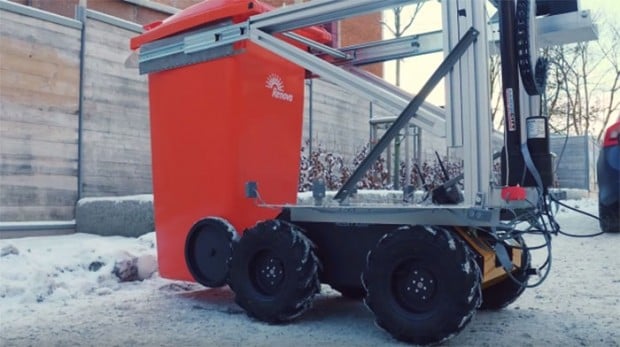 The modified truck has a platform on the back where the ROAR robot rides. In the air is a quadrotor drone that has LIDAR, GPS and other sensors that help the land drone avoid obstacles and find its way to trash bins. The ROAR itself has sensors aboard to precisely guide it to the bin and pick it up.

It seems to work well, though it might have some trouble hunting down Colin Furze’s garbage. I can see a future iteration for this project that could see completely automated refuse handling including an autonomous truck that drives around on its own.