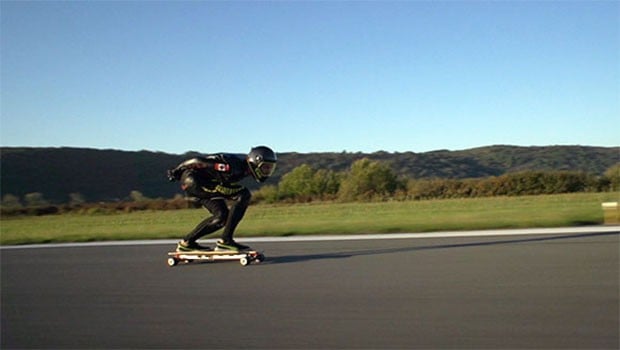 The record setting run happened at Portoroz airport in Piran, Slovenia on flat ground. The board used was a modified NEXTBoard created by Next Generation Vehicles controlled by a handheld remote. Each of the wheels on the board has its own internal motor and power comes from a pair of Tattu 6S batteries in series. The board needs 1.5 hours to charge and can go up to 9 miles on a charge at normal speed.

I’m not surprised he fell off the board at least once while trying to set the record; I can’t even stand still on a skateboard.

You can expect that this record will fall before long since this was the first time the record was attempted, and they will surely continue to tweak the board to improve its speed.