I don’t always like Disney movies. If I never hear Let it Go from Frozen again it will be too soon. I did like Up though. Like many kids, I also tried to float stuff on balloons back in the day. I never got that to work though. I never had enough balloons to get my action figures off the ground. 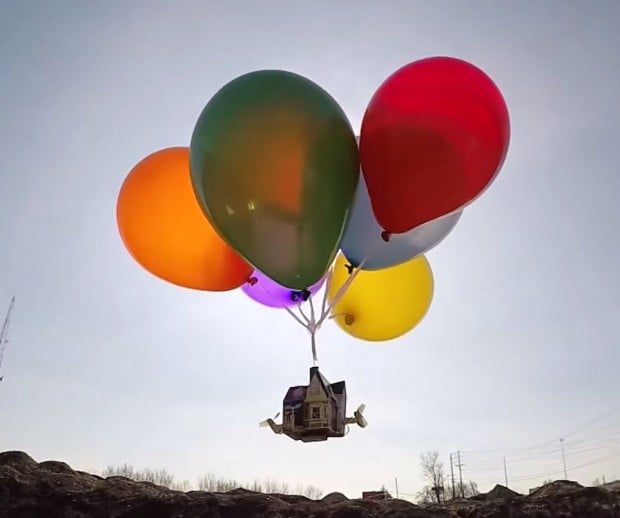 Some geeks from the YouTube channel called Flight Test took some electric motors and electronics off a crashed X-Wing flying toy and used those parts to make a model of the house from Up that can actually fly.

You can check out the house in the video below if you skip to about the 7:10 mark.

The house is held in the air by balloons and they can control the direction of the flying house. It seems they used a papercraft house that Disney has available for download. I’d totally buy this as a kit.