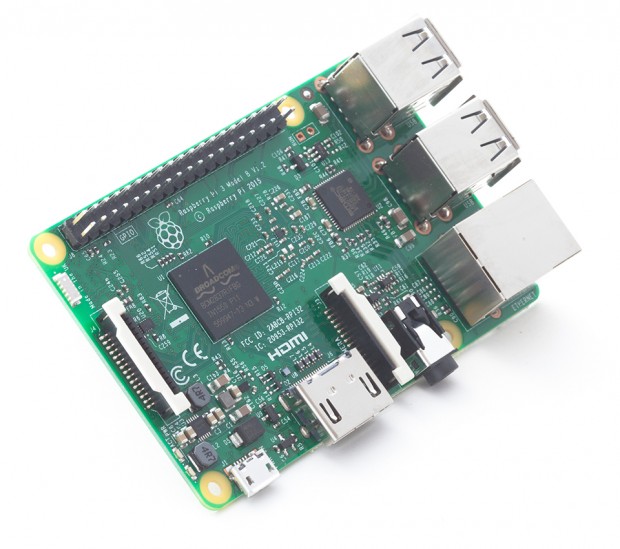 The Pi 3 has a new system-on-a-chip, the Broadcom BCM2837. It has a quad-core processor running at 1.2GHz, which helps make the Pi 3 up to 60% more powerful than the Pi 2, and up to 10 times more powerful than the original Pi. Equally noteworthy are the built-in 802.11n Wi-Fi and Bluetooth 4.1 radios, making the Pi 3 perfect for networked projects.

The Pi 3 still works with 2.0A power adapters, but the Raspberry Pi Foundation recommends that you switch to 2.5A if you have more power hungry devices connected to the computer. You can pre-order the Pi 3 from Element 14 for $35 (USD).