Tomatoes. You are crazy about them. And you need to run. In your head, the Chariots of Fire theme is playing, alternating with Eye of the Tiger. On your shoulders sits a robot. A robot that feeds you tomatoes. Does life get any better than this? Not for you. You are a robot-wearing champion being fed the fruit of the gods. 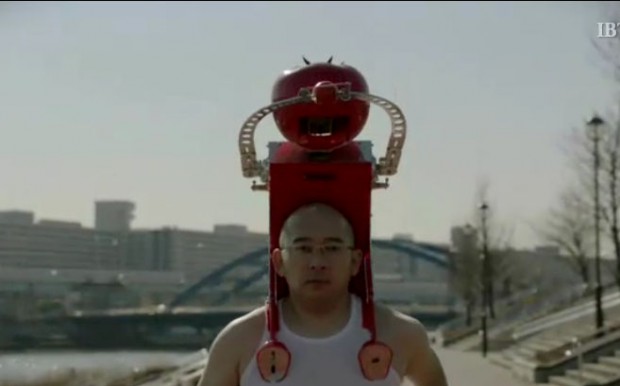 I guess that’s why you would wear a robot like this. It was designed by Japanese food company Kagome. It dispenses tomatoes for people to eat while on the go. Because that is the kind of thing that is needed by humans. I guess. Tomatan can be worn as a backpack and weighs 18 pounds. It even has a tomato shaped head, because why not? Its mouth opens to dispense the tomato into circular metal arms that then come down over your mouth to feed you.

Apparently, people running the Tokyo marathon really like this idea, because tomatoes have a lot of nutrition and will keep you going.

See, this is why aliens don’t land here, and if and when they do, they’ll just practice proctology.