I think one of the few flicks that Quentin Tarantino made that was actually worth watching was Pulp Fiction. I liked Jules the best, easily the most memorable character that Samuel L. Jackson has ever played. Now, you can get a 13-inch Jules action figure that can play some awesome quotes from the film. 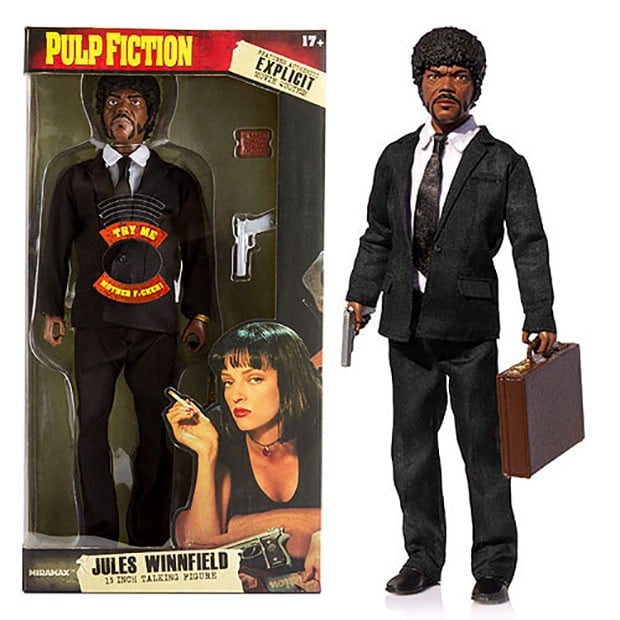 The action figure has the fro and black suit that Jules had in the film. Push the button and it spouts quotes like “English, mother f***er, do you speak it?”, “Say ‘what’ again. Say ‘what’ again, I dare you, I double dare you mother f***er, say ‘what’ one more Goddamn time!”, and “Well, I’m a mushroom-cloud-layin’ mother f***er, mother f***er! Every time my fingers touch brain, I’m Superfly T.N.T., I’m the Guns of the Navarone! IN FACT, WHAT THE F*** AM I DOIN’ IN THE BACK? YOU’RE THE MOTHER F***ER WHO SHOULD BE ON BRAIN DETAIL!” among others.

The figure also comes with accessories like a removable gun, briefcase, gold bracelet, and a Bad Mother F**ker wallet. You can order one up for $49.99(USD) at Entertainment Earth. Complete the set with the matching Vincent Vega talking action figure.