DARPA works on some crazy stuff, but the crazy stuff has a way of becoming normal stuff eventually. At the moment, DARPA is working on a slick new VTOL aircraft that has the vertical landing capability of a helicopter mixed with speed and hauling capacity of a fixed wing aircraft.

The project to develop the aircraft is called the VTOL X-Plane and the phase 2 design contract has been awarded to Aurora Flight Sciences. 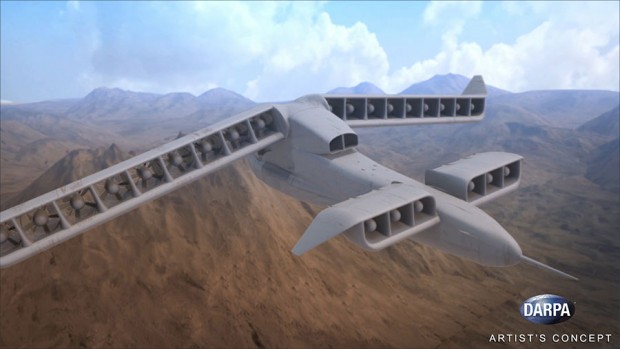 DARPA wants the aircraft to achieve a top sustained flight speed of up to 400 knots. It must have a hover efficiency of at least 75% and a favorable cruise lift-to-drag ratio of at least 10. DARPA also wants it to carry at least 40% of the vehicles projected weight of 10,000 to 12,000 pounds. In other words, the plane must be highly efficient in both hover and forward flight modes. 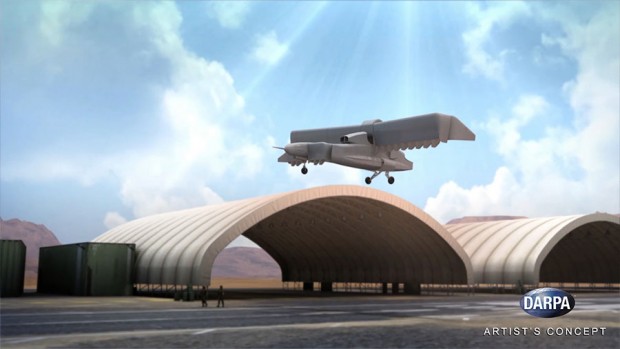 Power will come from a 4000 hp turboshaft engine of the sort used in the V-22 Osprey. The aircraft in the design phase has 24 ducted fans with nine in each rear wing and three on each front canard. The wings rotate for vertical or horizontal flight.

Check out the concept design in action in the video below: