I had no idea this was a problem, but apparently we need a gadget for handling recently boiled eggs. These stealthy bungie-corded Egg Ninjas will help, while turning your eggs into little assassins. 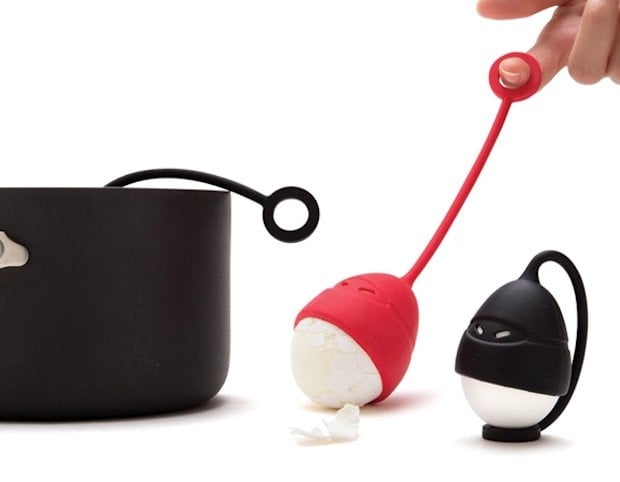 All you have to do is stick an egg in the silicone suction cup, lower it down into your boiling water like your little round ninja is repelling down for his mission and leave the ring tag outside the boiling water pot. When they are finished, just pull them out, set them down and let them cool for their debriefing.

Then eat them, because you know, no witnesses. They are just $13(USD) for a set of two. This is probably the cutest way to boil an egg.