Make Your Own Origami Darth Vader

The Force is strong with this origami Darth Vader. He may look adorable, but that lightsaber could still give you a serious papercut, so don’t underestimate him. He’s more paper now than man. However, there is still good in him, I feel it. Or should I say I can fold it? 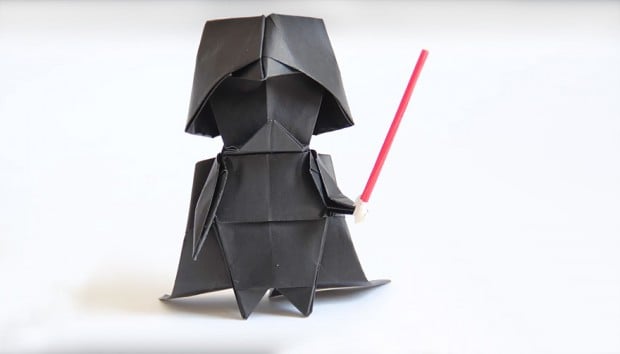 This neat origami Sith Lord is the work of paper folding expert Tadashi Mori. He is a small Sith Lord, but he is oh so cute, which makes up for his size. If you want to make one for yourself, he posted a great how-to video that walks you through the entire process.

With a little bit of work, you will have your own tiny lightsaber-wielding paper Vader to display on your desk.

[via Bored Panda via Nerd Approved]