PiBorg specializes in motor controllers and sensors for the Raspberry Pi, as well as robot kits based on the affordable computer. The company’s latest controller is for the tiny Raspberry Pi Zero, one that’s equally compact yet will let you manage up to 12 motors. 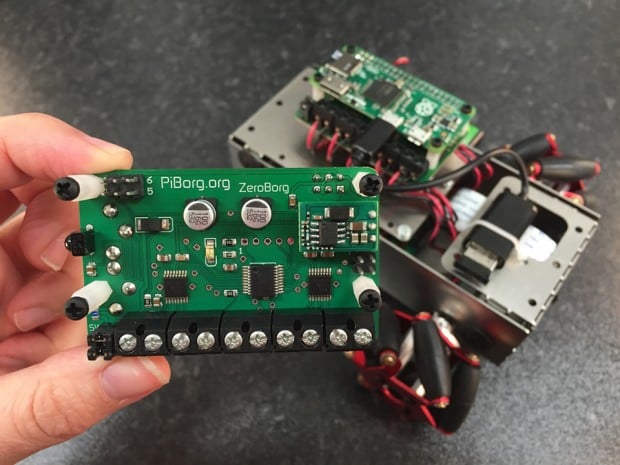 The ZeroBorg has an I2C header, four H-bridges, two analog ports and runs off of a 9V power source. It will be available in three pre-soldered formats. The KS1 can handle four motors or two stepper motors. The KS2 adds a DC/DC regulator and a 9V battery clip so you can power the controller and the Pi Zero from a single source, an infrared sensor for remote control and a secondary I2C header. Finally, the KS3 are three daisy chained KS1 boards. It has all the capabilities of the KS2 but can handle up to 12 motors.

Pledge at least about $30 (USD) on Kickstarter to receive a ZeroBorg as a reward.