We’ve seen what Boston Dynamics ATLAS robot can do. It’s an impressive piece of engineering. Surely a milestone on the journey to humanity’s ultimate destruction. But what would ATLAS say if we could hear his thoughts? This parody video shows us. 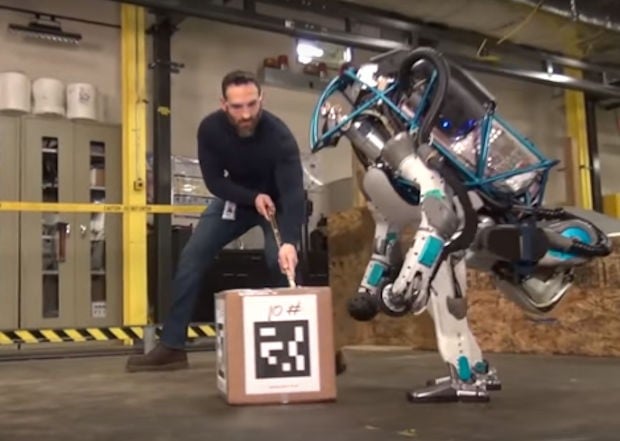 This funny parody video by Mr. King shows a foul-mouthed robot reporting to work in a really bad mood. He’s not afraid to let everyone know it. And no wonder he’s pissed off. That Kevin guy is a real jerk. It’s hard enough being a robot without jerk humans trying to keep the box away from you and knocking you on the ground.

Man I hope Kevin gets what’s coming to him. Sorry, I have to side with the robot on this one. Seriously, F@*k that Kevin dude.

[the The High Definite via Laughing Squid]