Hilton Worldwide and IBM have teamed up to put a robot concierge into the Hilton McLean hotel in Virginia. The little ‘bot is called Connie and is the first Watson-enabled robot concierge in the world. Connie gets its knowledge from IBM’s powerful Watson computer and WayBlazer to help tourists and guests. 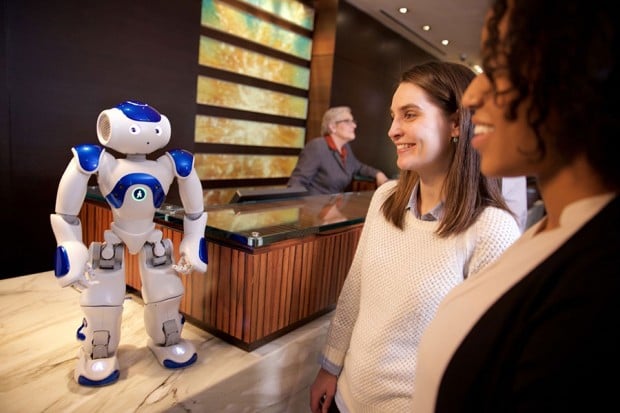 The robot interacts with guests and responds to their questions in a friendly and informative manner via Watson’s APIs. Info that Connie can give out includes hotel amenities, service hours, and more. WayBlazer data also allows Connie to give details on tourist attractions outside the hotel.

The more Connie interacts with guests, the better it gets at answering questions since it is able to learn. I’m waiting for the day when robots take over so we don’t have to tip or talk to snarky hotel workers. Though it’s possible robot hotel staff could still be rude. After all, Watson is the supercomputer that learned to curse thanks to gobbling up Urban Dictionary data.