The new season of Game of Thrones kicks off soon and fans of the series are rightfully ecstatic. To help promote the new season for Sky Atlantic, British artist Simon Beck was hired to create a massive House Stark sigil in the unblemished snow of the French Alps. 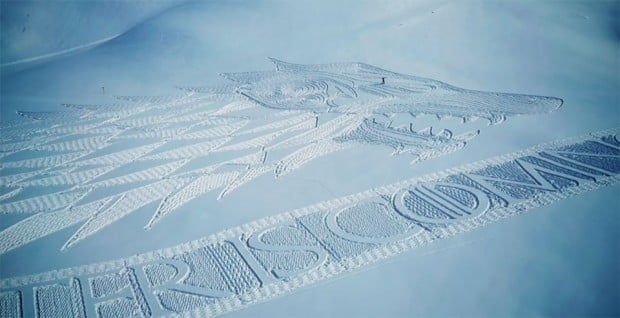 He made the massive pattern using only his feet and lots of walking. The art took him 13 hours to finish and required about 65,000 footsteps to stomp out the complex design.

“The first thing you’ve got to work out is which way round you’re going to turn the drawing and where to start it so you don’t run off the edge of it,” Beck explains in Sky Atlantic’s video. Watch the video to see him creating the huge snow sigil.