Last year we checked out Andrew Reitano’s old school arcade game VEC9. It turns out that around that same time Andrew and his friend Mike Dooley were working on another arcade game as their submission to Fantastic Arcade. It turned out to be such a hit that Andrew decided to turn into a commercial game… for the NES. 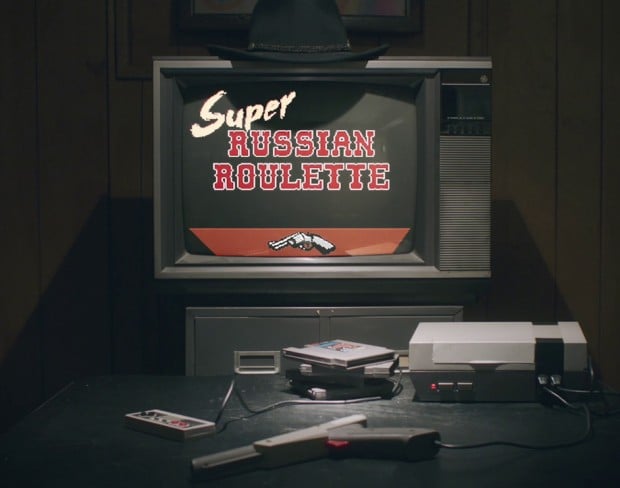 In Super Russian Roulette, you and up to two other players play a non-lethal version of the infamous game against a virtual cowboy using the Zapper gun. The last person – or computer – standing wins. To spice things up, the cowboy heckles players from time to time with over 100 voiced taunts.

You smell like a leper gnome! Er, wrong game. Pledge at least $55 (USD) on Kickstarter to receive a Super Russian Roulette cartridge as a reward.