You might want to cue up that sappy music from the short-lived Star Trek: Enterprise show for this story. This poster is a giant graphic that shows some of the myriad spacecraft humans have sent into space from 1959 through 2015. In all there are over 100 craft from orbiters to rovers and landers. 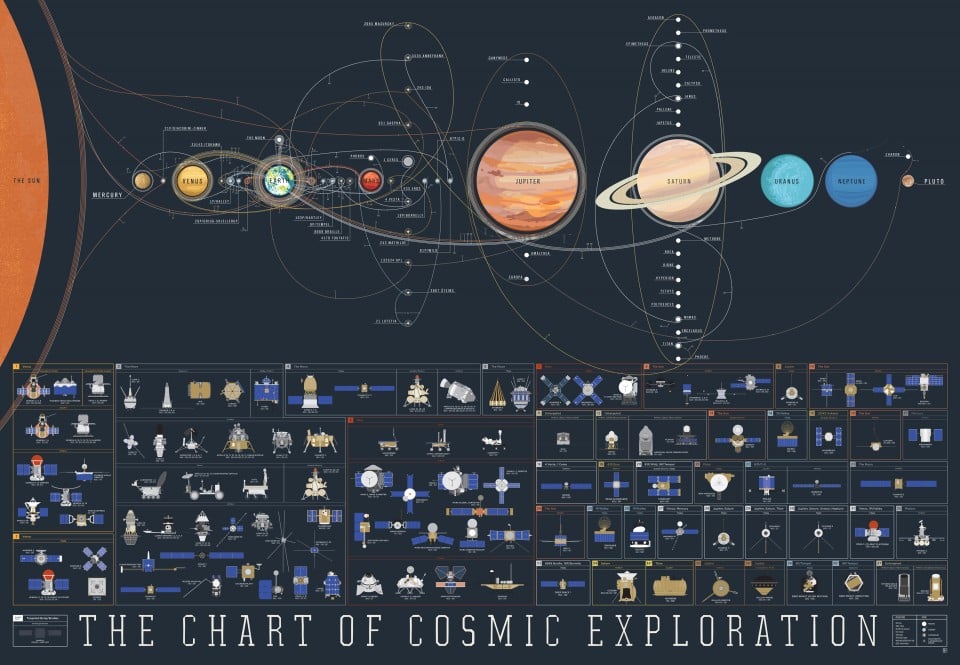 Pop Chart Lab’s Chart of Cosmic Explorartion has all the spacecraft color-coded and then shows a graphic of the solar system and which spacecraft have orbited or explored the planets. The poster shows moons, planets, asteroids, and dwarf planets like Pluto. It’s not an all-encompassing graphic with craft from some nations missing, but it’s still really cool. 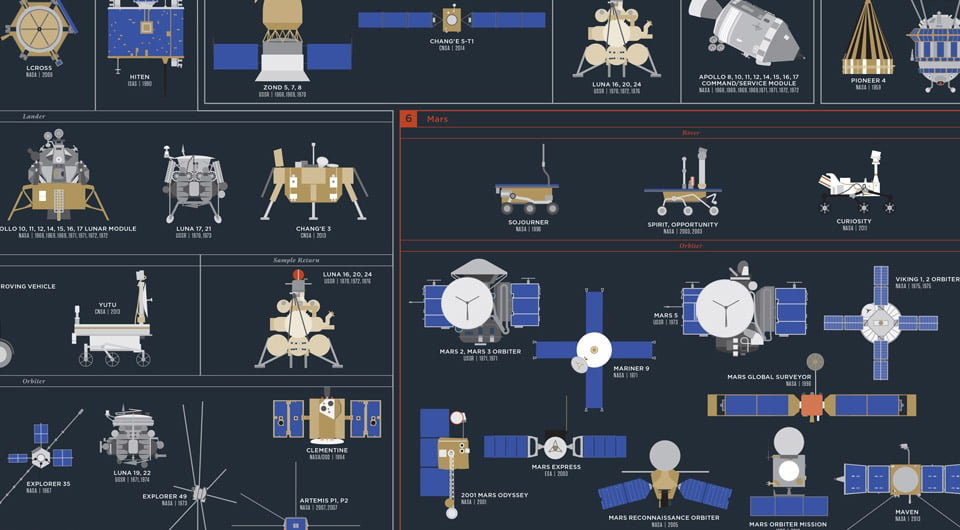 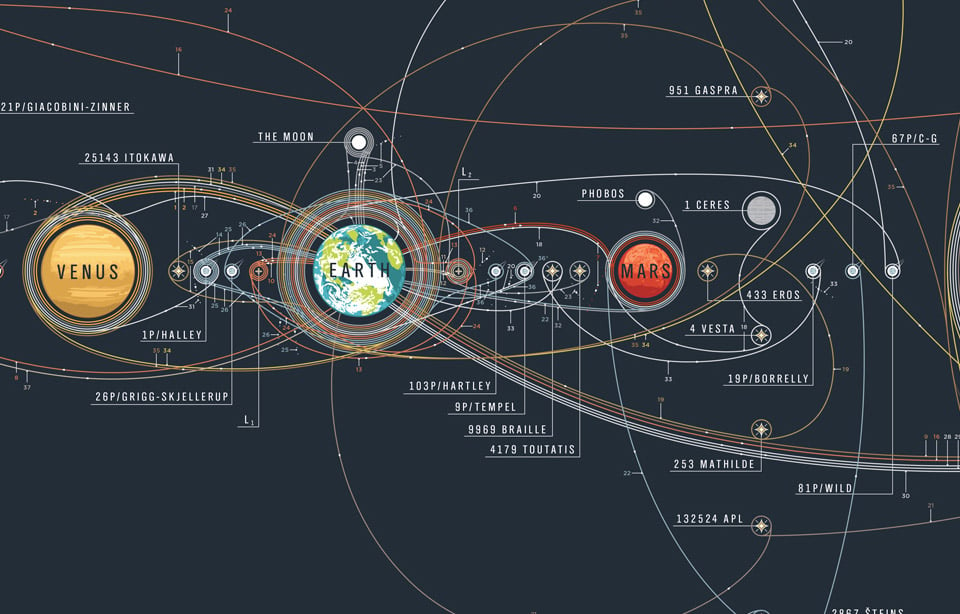 The poster measures 39″ x 27″ and is printed on 100lb. archival stock with vegetable-based inks. It’s just $38(USD) and needs to be on the wall of any fan of space exploration.