Just when you thought that you had seen every Star Wars product in the world, meet the Darth Vader toothpick dispenser from Bandai. Vader will serve all of your tooth-picking needs. 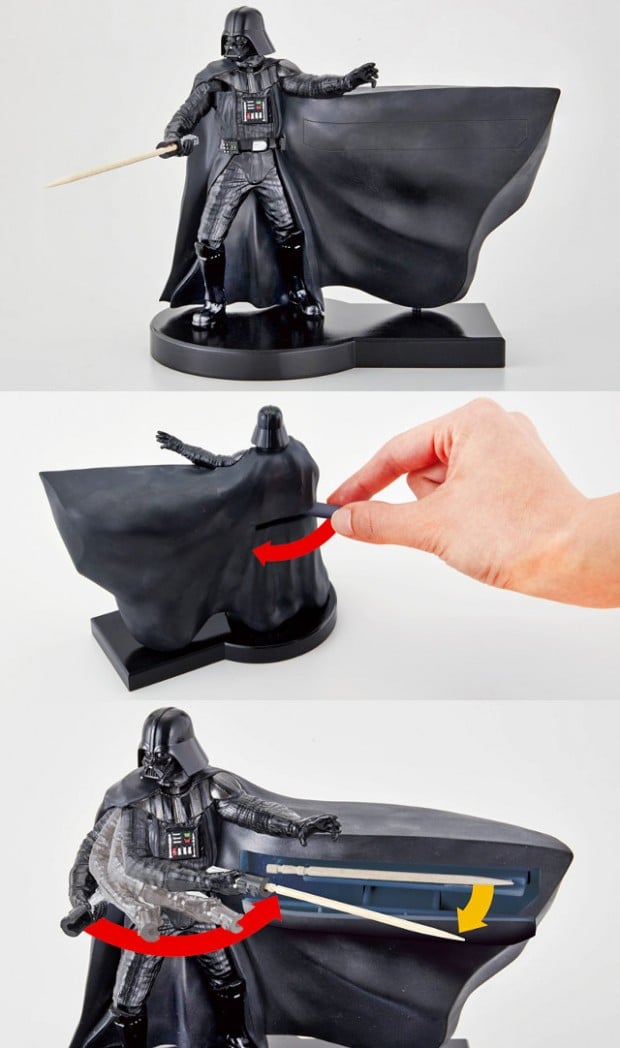 Just flick the lever on his back and Vader reaches into his cape, grabs a toothpick, then points it at you like a lightsaber. Yes, it is silly, but also pretty damn cool. If you use toothpicks, this is probably the coolest dispenser ever. Now we just need a Luke version and they can do battle on your dinner table.

Then you can disarm them to pick your teeth and break up their epic duel. The Vader toothpick holder will arrive this summer for about $26(USD).

[via Toyland via Geekologie]