When you need Batman’s help, just turn on the old Bat-Signal and he’ll come running. Don’t have a Bat-Signal handy? You can always build a LEGO version, like this one made by expert brick builder Nathan Sawaya. 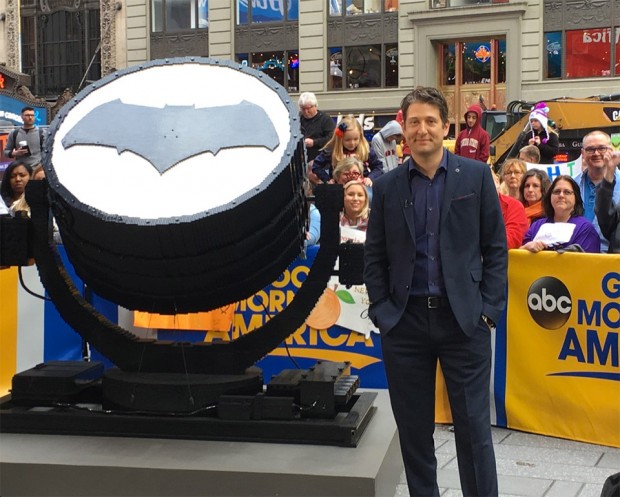 Nathan recently debuted this life-size LEGO replica of the Bat-Signal from Batman v Superman: Dawn of Justice on Good Morning America. It stands 7-feet-tall and the floodlight inside actually works, so if he wanted to, he could call Batman. I hope he uses it responsibly. Batman is a busy guy – especially now that he’s battling Superman. 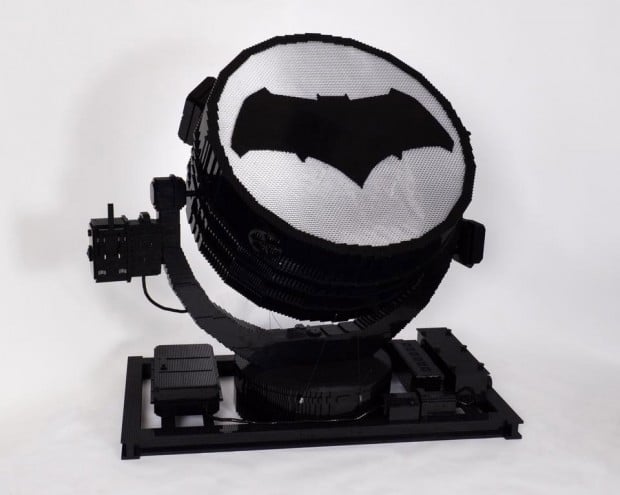 It took Sawaya and his team five weeks and 75,000 bricks to make this thing. After a brief stint in Times Square, it will tour around the country as part of the “Art of the Brick: DC Comics” traveling exhibition. It will also be at WonderCon. Awesome job Nathan.

[via CBR via Nerd Approved]