‘Somewhere over the Rainbow’ Performed with Google Doodles

This is a fun video by samuraiguitarist, who managed to perform a beautiful version of Somewhere over the Rainbow using nothing but interactive Google Doodles that produce sound. How crazy is that? I remember when Google Doodles were just static images. Now they have enough sound ones that someone can make an entire multi-track song with them. 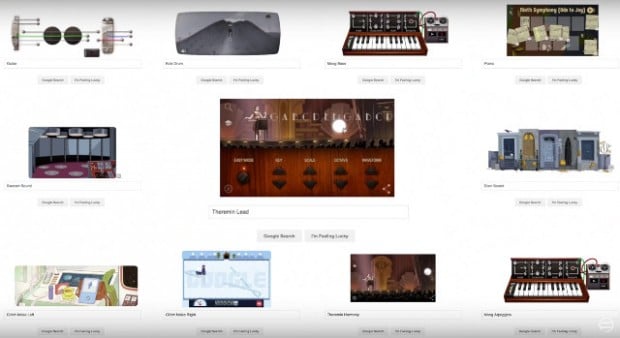 He mostly uses the theremin one from last week that Google made to celebrate Clara Rockmore’s 105th birthday. I have to agree with Geekologie. It does sound a lot like Israel Kamakawiwoʻole’s version. It’s kind of haunting how much it sounds like that version.

Yeah, so now we are making music using Google Doodles. I guess Google really is taking over the world. One doodle at a time.