Oh Japan, you never fail me with your oddness and yummy foods. This time out we have a handcrafted watch that hides lunch in its watch face. It might not have enough food to fill you up, but it is very cool and I want it. 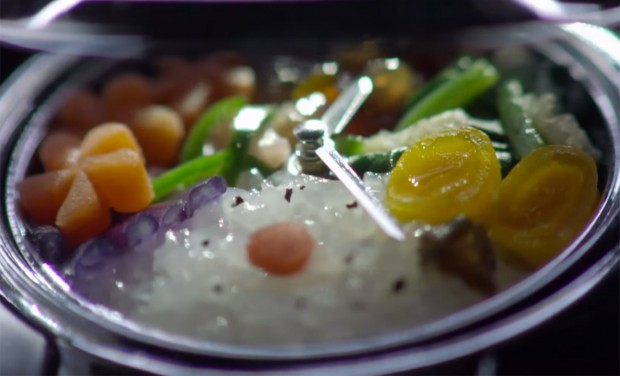 The entire project as undertaken by a company called Takii, who lined up an all-star team to pull off the task. A master watch craftsman made the timepiece from scratch. A plastic surgeon cut up the tiny vegetables that were then given to a famous Japanese chef to cook up in a tiny little pan.

After the food was cooked, a diorama hobbyist put it all in the watch face where it stayed until a very serious Japanese businessman ate it on the go. My favorite part is the tiny chopsticks that pop out of the watch.