It’s clear that Leonardo da Vinci’s mind was always in full motion. The famous inventor drew up countless plans for contraptions and weaponry. Some of his inventions were built while most of them remained on paper. Well, if you want to build one of his designs, a catapult, now you can. It only takes a few common items that you should already have. 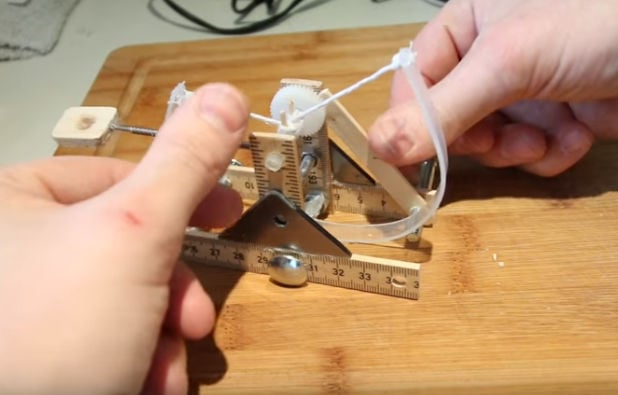 This design is pretty cool, and it works pretty well. Now you can have this beauty on your desk and wage office warfare as if gunpowder had not been invented yet. Check out the video by Mist8K below to see how to make your own, using a wooden ruler, a few nuts and bolts, and a few other easy to find items.

If nothing else, it’s a cool conversation piece and a historical replica, even though there is no record of this design ever being made to full scale.