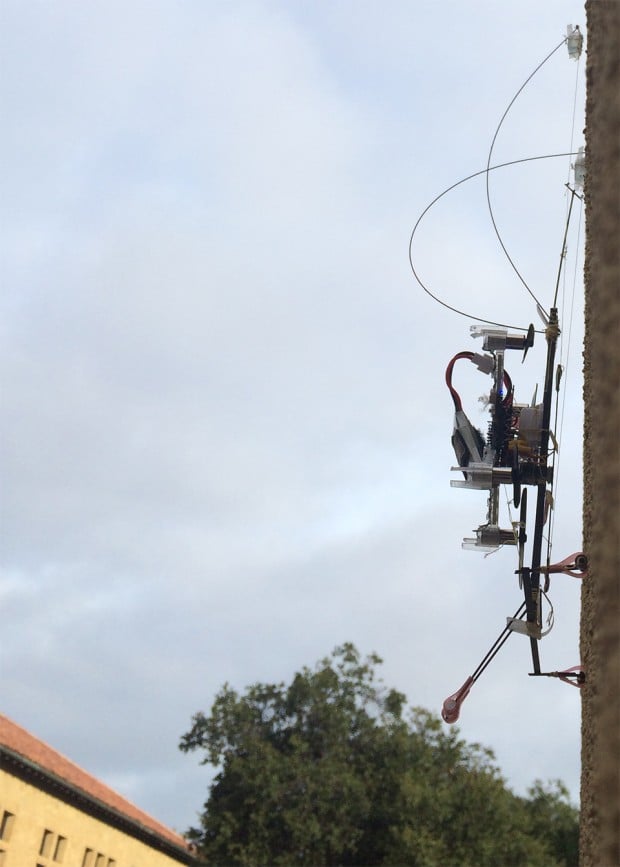 SCAMP stands for Stanford Climbing and Aerial Maneuvering Platform and was made by engineers at Stanford University’s Biomimetics & Dexterous Manipulation Laboratory. Like the bird-like quadcopter, SCAMP was made in response to multicopters’ poor battery life. By perching and climbing, it can save on power while remaining on site, as opposed to hovering or circling around. 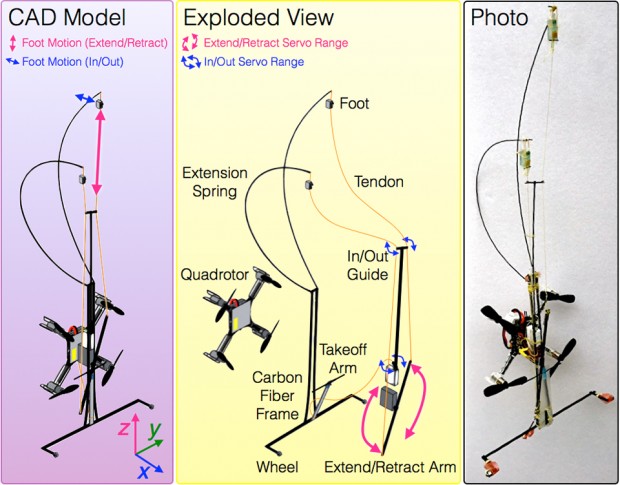 SCAMP may look like a quadcopter carrying a bundle of sticks, but it borrows parts from insects and other animals. It has a tail and legs for landing and climbing, and a small arm that it uses to push off and fly from a perched position. Should it lose its footing and begin to fall while perched or climbing, the robot will fire up its rotors to help it recover and regain its grip.