We’re big fans of Sharon aka lovablechevy’s portable console mods, so we were very happy when she pointed us to her latest creation. She crammed the Atari Flashback 2 – an Atari 2600 variant with 42 games built-in – inside a 2600 cartridge. 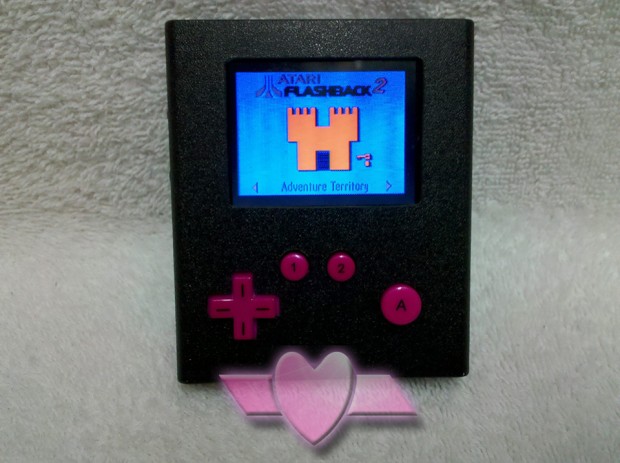 Sharon said she’s had this case mod in her sights for the past 8 or 9 years. One of her friends failed to do this same transplant and told her that it’s impossible. So I guess this is a special project for her as well. 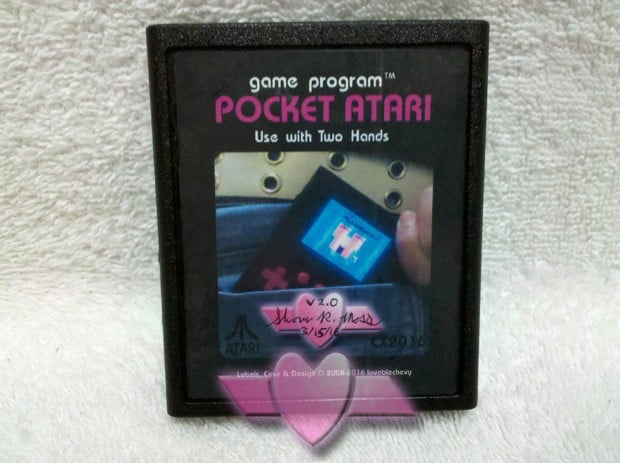 It has a 2.5″ screen, buttons from a Wii controller that she placed on a SuperJoy III controller board and a 700mAh battery that should last around 4h per charge. 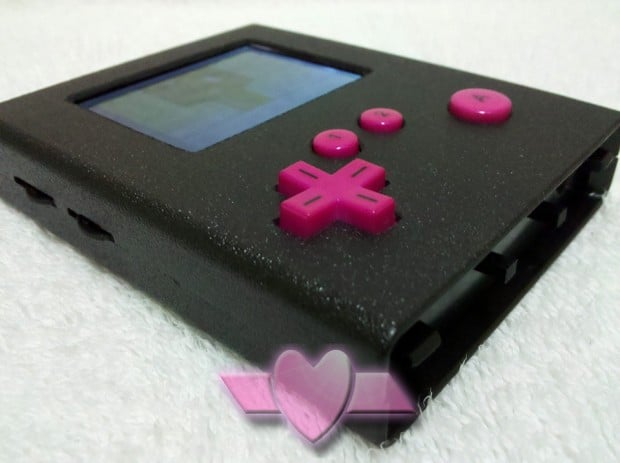 The coolest thing about the Pocket Atari is that it looks just like a normal cartridge from the front and the top, though obviously the stickers give it away. 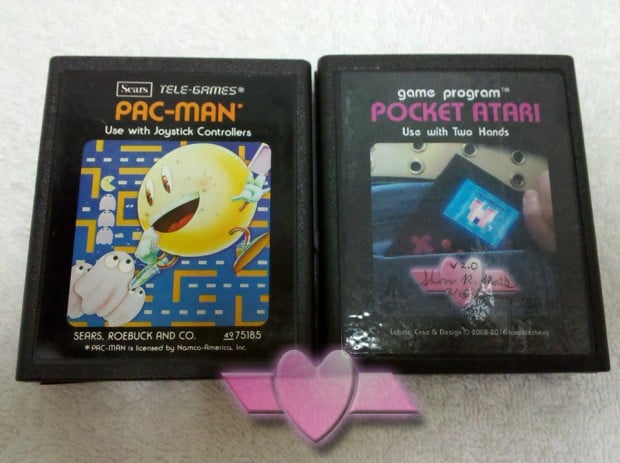 Sharon also modded an Atari Paddle controller so she could hook it up to the Pocket Atari via mini-USB. Check out the tiny Atari in action:

Imagine, someday someone’s going to cram the 3DSXL into its cartridge. Or not. Head to Sharon’s BitFix thread, YouTube channel and Facebook page for more on how she made the Pocket Atari.