The last several months here in Texas have been incredibly wet and rainy; we got ten inches of rain in some areas in 24 hours not long ago. We have had all sorts of floods and street closures. It seems every time it rains I have to buy a new umbrella. I never remember to take it with me and if I take it to lunch, chances are someone else has a new umbrella shortly thereafter. 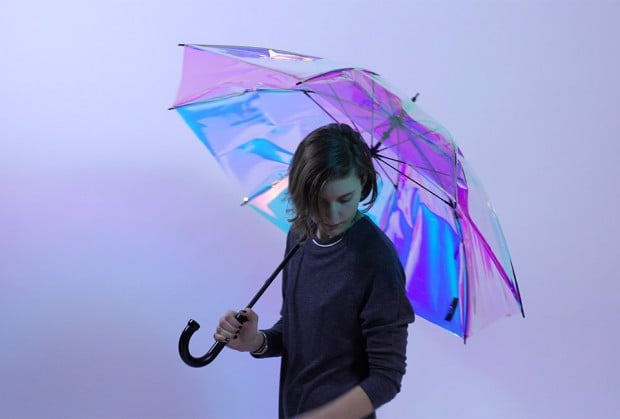 I like the idea of the Oombrella; it’s a connected umbrella that will tell you if rain is likely and sends you a notification on your smartphone to take it with you. If you go to lunch and leave it at your table and walk off, you get a notification reminding you to grab your Oombrella. That second part is neat, but I’m not sure the first part is any different than downloading a weather app. 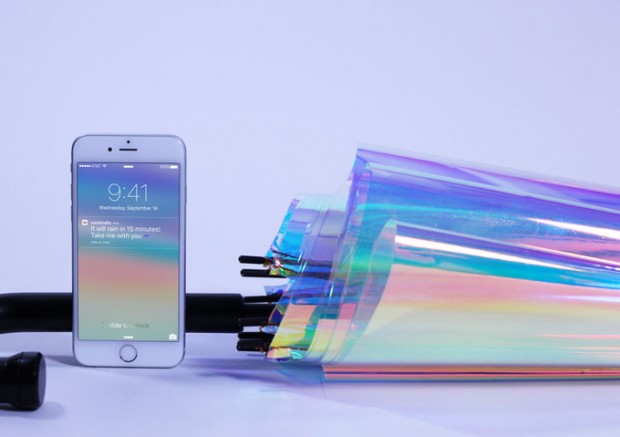 Its makers claim that forecasts promise to be hyper-local by collecting weather data from other Oombrella users using onboard light, temperature, pressure and humidity sensors – but that assumes there will be other Oombrellas in the area. Still if it works, it’ll be nice because it’s just as annoying dealing with an unneeded umbrella all day as it is dealing with rain when you don’t have one.

You can get Oombrella in a clear version with rainbow colors that remind me of the sheen on a soap bubble. You can also get a traditional black or white version. The Oombrella isn’t cheap at about $66(USD) with shipping planned for October 2016. The project is on Kickstarter seeking around $65,000 and has raised about $28,000 with almost a month to go in its campaign.