Forget Super Mario Bros. Cleantendo’s Super Shower Time was the game to beat back in the day. You got the high score by soaping up and scoring extra hygiene points. At least that’s what this cool retro shower curtain implies. It looks like an old school NES video game cartridge, and it’s awesome. 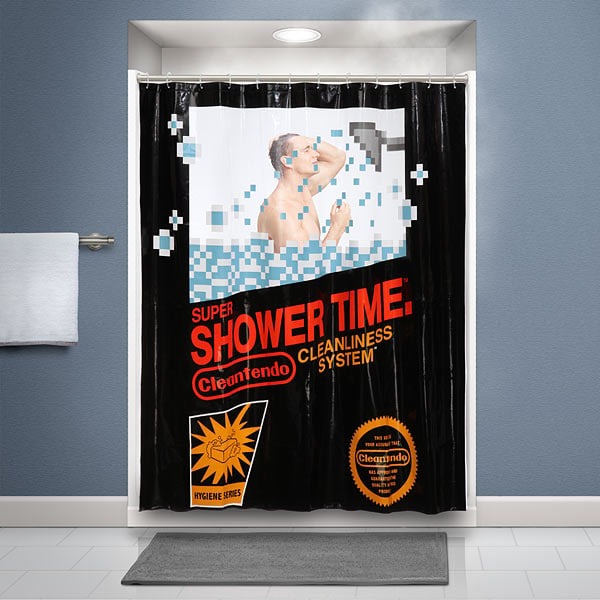 This shower curtain even has a see-thru window that lets you be the star of the video game. This is a fun and geeky bathroom accessory for super geeks who want yet another reminder of the good old days of video games – even if this game never existed. 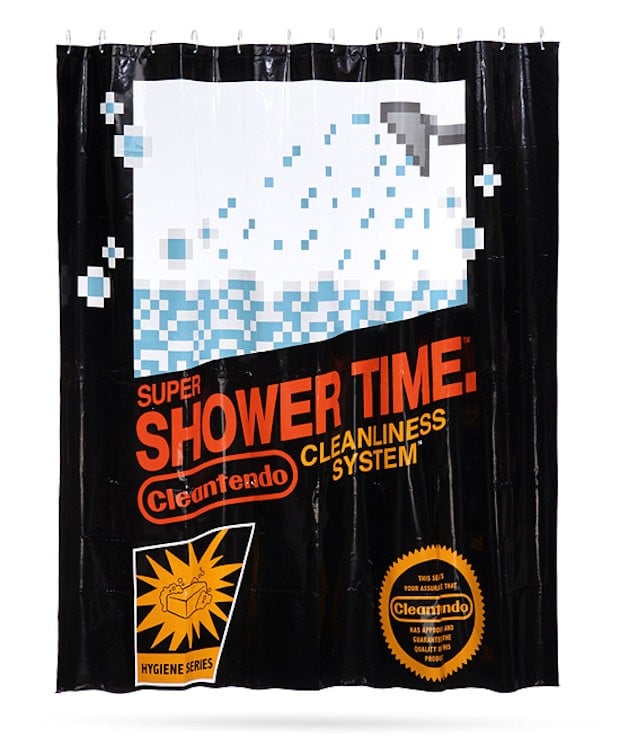 You will have to provide all of the 8-bit noises yourself as you lather, rinse and repeat. It’s only $24.99(USD) from ThinkGeek.