Astronauts have to work out for at least two hours per day or they can experience muscle or bone density loss. I can only assume not working out for a few days means that their bodies will quit on them in the exact way that Rigby’s did in that episode of Regular Show where he refused to eat a salad. 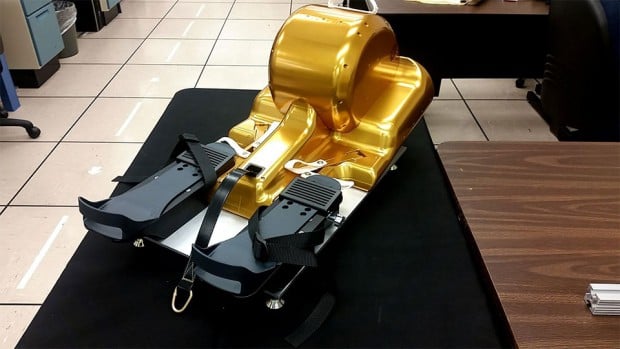 While the ISS has space for larger bits of workout gear, the Orion capsule set to eventually take a crew to Mars won’t. This required a new workout device to be developed. It’s called the MED-2 and it weighs only 65 pounds. Despite its light weight, it can offer both aerobic and resistive workouts with up to 350 pounds of resistance.