Check out these wacky knives. These aren’t any normal knives though, they are made in Japanese Lolita style. They don’t roll off an assembly line somewhere; they are made by fourth-generation Japanese bladesmith Shingeki Tanaka. 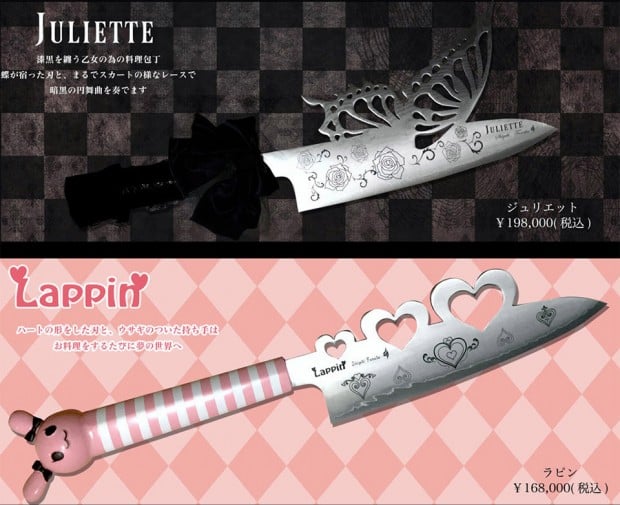 One of them is a girly looking pink with hearts carved into the blade and is called “Lappin.” The other is called “Juliette” and has a butterfly wing carved into it and is black and goth looking. It would be perfect for the emo chef out there. 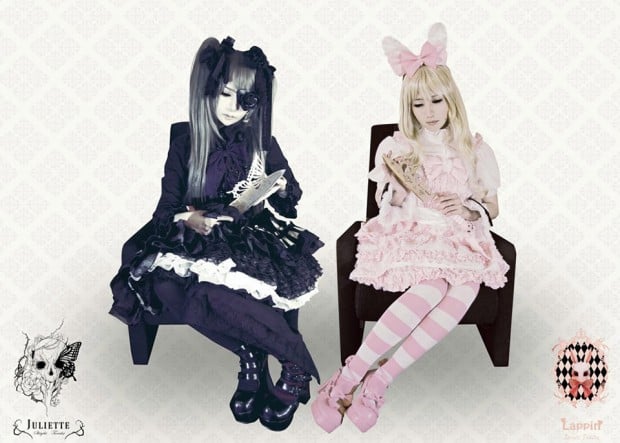 These bad girls are not cheap at all, though if price is an indication, they are of high quality. Lappin will sell for the equivalent of about $1500(USD) with the Juliette selling for the roughly $1750. Both are available at the Takumi Armory.

[via Kotaku via That’s Nerdalicious]