Microsoft’s Interactive 3D Technologies group recently showed us an example of how HoloLens and 3D scanning technology could revolutionize long distance communication. The group’s Holoportation concept is a supercharged version of video chat, letting you see the other party in life-size 3D in real time. 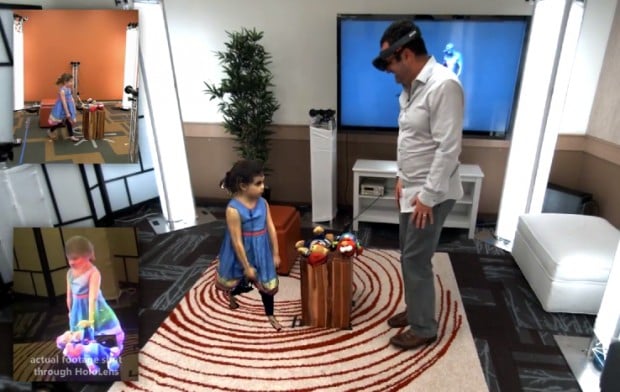 Holoportation uses several 3D cameras to capture the subject(s), which can be still or moving. The captured 3D models are textured to resemble the subjects, then compressed and transmitted to the other party, who can view the models using the HoloLens.

The proof-of-concept demo below shows that there is noticeable lag, but it’s still incredibly immersive. By having both parties use similar props in the same relative space, such as a chair, you can make it easier to pretend that you’re in the same location. The software also lets you record conversations and adjust the size of the 3D models when playing the recording.

I hope I live to see this become commonplace. Microsoft, you’re our only hope.