Being a child of the ’80s, you might expect I could roller skate with the best of them. Roller-skating was a big deal back then, and many a birthday party for friends and myself happened at the Skateplex. Sadly, I was never very good at it; stopping was achieved mostly by slamming into a wall. I used the same technique years down the road when Rollerblades were the big thing. I can remember falling on my face more than a few times hitting dirt, tiny rocks, or sticks on those rollerblades. So I can only imagine the trouble I’d get into with powered rollerblades. 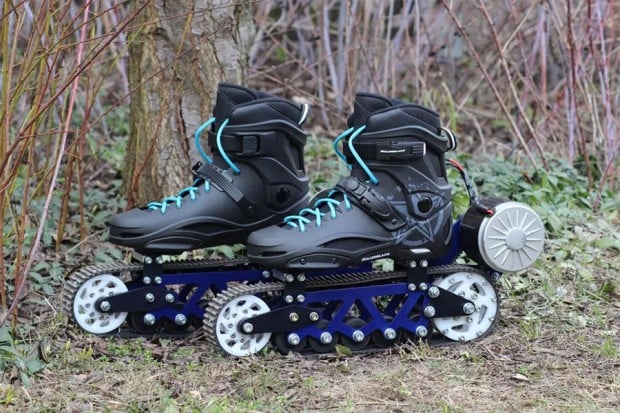 Jack Skopinski has created EV4 Blades – a cross between rollerblades and a tank that are meant to help people get to and from work or school even if their trek has some off-road portions. Each of the boots has a big 350W DC motor on the back with power coming from a 26 Ah li-ion battery paired with a 36A controller. The rubber tracks on the bottom of the skates are capable of speeds up to 9 mph, and they can roll for up to 12 miles per charge.

A handheld controller connected to the motor with a cable controls the speed. Riders lean into the corners to change directions. The skates tip the scales at 11 pounds, so they’re not exactly light. You can get a set for about $1400. They do look fun in the video, but I’d still find a way to fall. 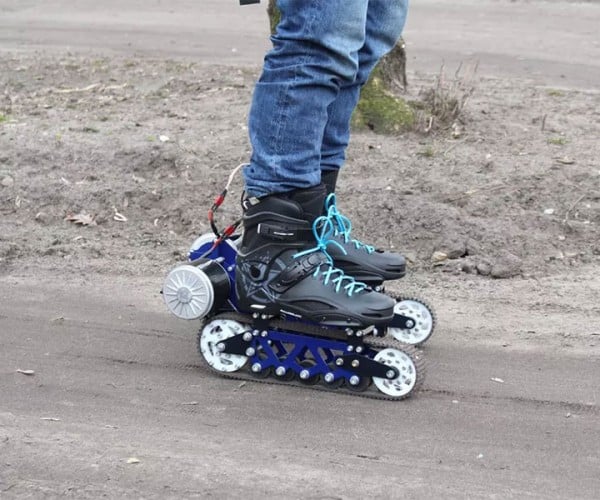 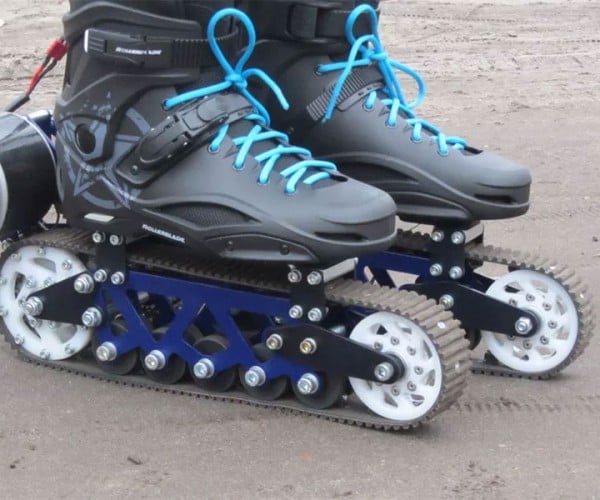 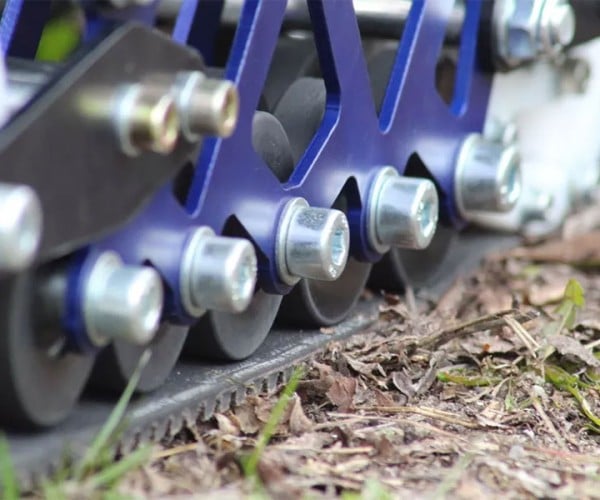