Mario Kart is a classic game, but it doesn’t have to be confined to your console. You can play it in real life like this group of friends. Watch them play battle mode in real life as they run around shooting Roman candles and trying to pop each other’s balloons. It looks like fun. Dangerous, but fun. 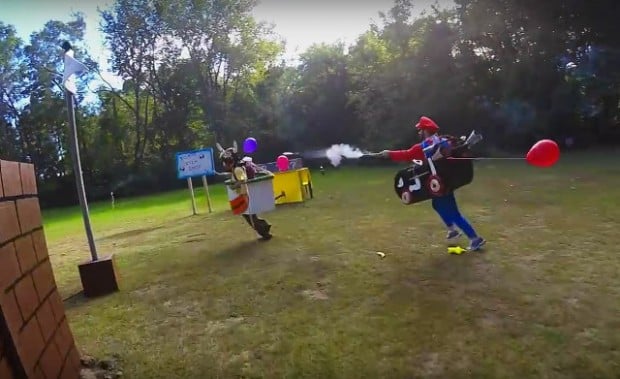 I mean what could possibly go wrong when you are shooting fireworks at friends? This is actually a pretty fun idea as long as someone doesn’t lose an eye. But you have to have danger if you’re going to play Mario Kart. That’s just the way it is.

Check out the video and then try this with your own friends. Who am I kidding? You’re just gonna go fire up the game on your Nintendo system of choice.