Not too long ago I talked up Jaws to my daughter and told her how scary it was. We watched it and she called me a wuss because the movie wasn’t scary at all. I got my revenge the next weekend after we watched The Strangers. I busted into her room with a pillowcase on my head later that night. Payback. Regardless of what my daughter thinks, I’m not sure I could watch Jaws in this Airbnb room with real sharks swimming behind me. 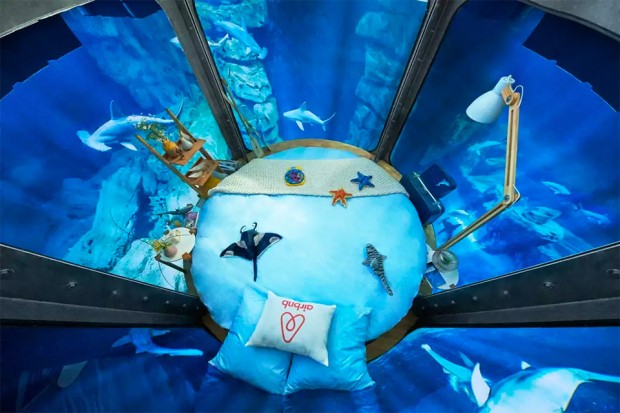 Airbnb isn’t all normal rooms that you can rent, some of them are very weird. For instance there’s that Netflix themed room and the Batcave. Neither of those are as weird, scary, and cool as this Airbnb room, which is actually in the dead center of a shark tank. 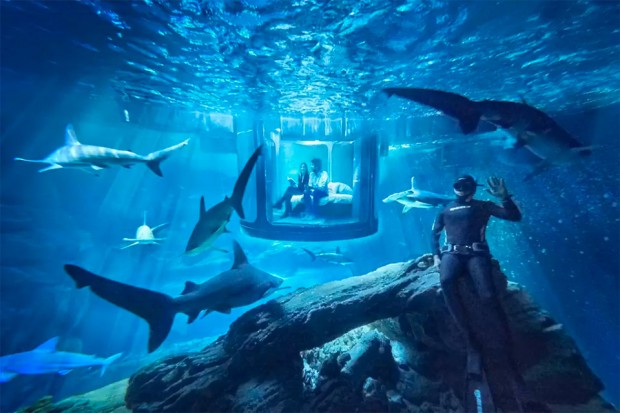 As you sleep, sharks and fish swim all around you. Don’t get me wrong, the room is dry. I’m not entirely sure how you get into the round room though and I wonder if it gets cold surrounded by all that water. The room is at the Aquarium de Paris and you have to win a contest at the Airbnb UK site if you want to sleep here. The contest is open worldwide so anyone can win. 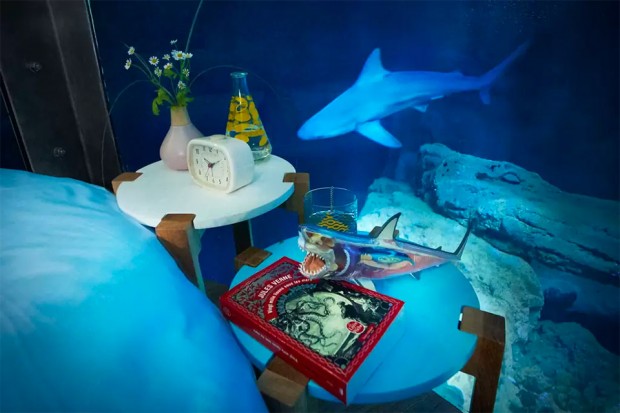