Save the Kitty Game is a VR Nightmare

I’m not sure what to think of cats. I’m pretty sure as a species they are quite insane. I once saw my brother’s cat jump from the top of a massive pine tree just to spite the dog who had chased it up there. The dog would never chase the cat again, but the cat nearly killed itself. If someone sent me up a tall building in an elevator and told me to crawl out on a board to save a cat, that cat would have to expend of its nine lives. I’d go out there to save my kids, but anything short of that is SOL (you included). 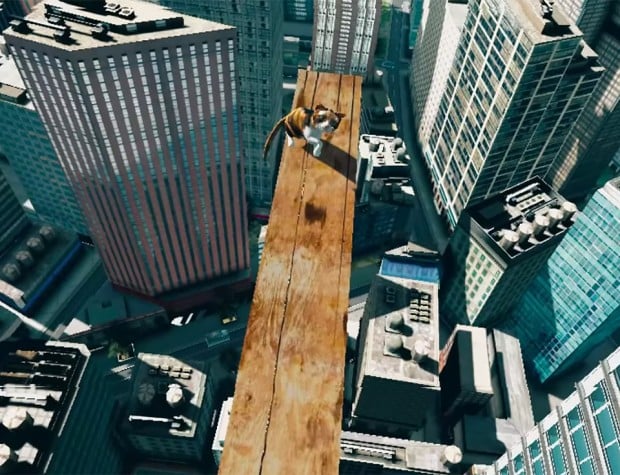 This virtual reality game from Bandai Namco’s soon to open VR Zone experience is inspired by that very concept, and it looks pretty intense. Players are falling and freaking out. I particularly like when the dude has to get saved by the lab coat guy.

I’m pretty sure lab coat gut just didn’t want his VR gear broken because that gamer was going to land on his face. I probably wouldn’t want to play this game. It looks seriously creepy. Or maybe I’d play it and just kick that damn cat off the end of the board. The developers clearly don’t care about people or their feelings – you have to wear Crocs to play this game.