Attack on Titan Colossus Lawn Ornament Will Eat Your Neighbors

April Fools day may be behind us, but that doesn’t mean we can’t continue to enjoy some late discoveries from the Internet’s favorite prank day. Among the many wacky items that turned up on ThinkGeek’s site yesterday is this one that I’d actually like to own. 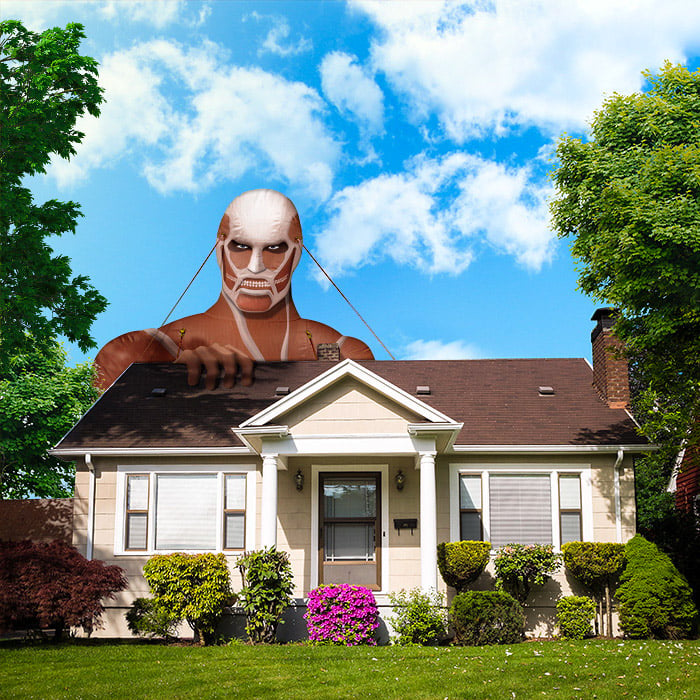 Yep, that’s a 25-foot-tall Colossal Titan from Attack on Titan. Simply inflate it and install, and you’ll send door-to-door solicitors running for the hills. Even if your neighbors are unfamiliar with the creepy Japanese manga, who wouldn’t cower in fear of a giant man stripped of his skin peering over your roof?

I’m very glad they went with the Titan form and not the human one. I can’t imagine an inflatable Bertholt Hoover being nearly as imposing.