Master modder Ben Heck wanted to have a portable and compact dumb terminal to test single board computers, development boards and whatever else you may call them. It sounds like a simple contraption – it’s basically a keyboard and a screen with an HDMI input – but since Ben decided to reuse old devices and materials it ended up being a somewhat complicated project. 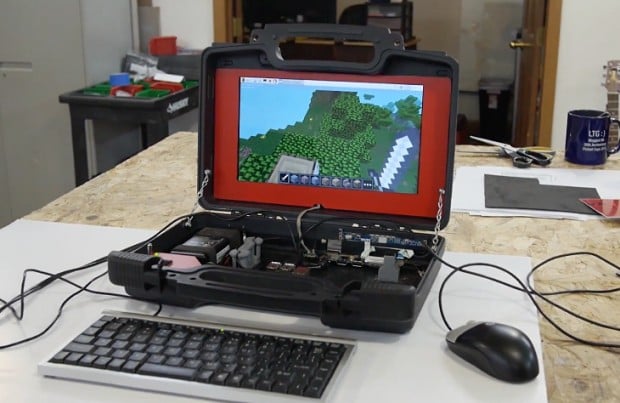 Ben used the screen and driver board from a Motorola Atrix laptop dock, and stuffed those and the other electronics into an old medical toolbox. You can skip to 18:48 in the video below to see the finished product.

I can’t help but think that there’s a simpler solution to this, or that it’s a gadget that should already exist. I think it’s an opportunity worth looking into.