One thing that really stinks about playing games like Settlers of Catan is that if you or your friend accidentally bumps the board, all of the roads and cities go flying everywhere. Robots don’t have that problem. At least not ones that are bolted down. 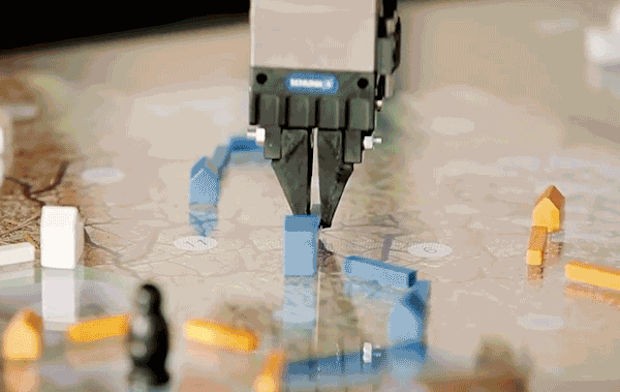 Students from the Computer Science and Mathematics departments of the OTH Regensburg Technical University of Applied Sciences in Germany programmed a KUKA industrial robotic arm to play Settlers of Catan. The robot uses cameras above an LCD game board that displays virtual versions of the game’s hexagonal pieces to interact with human opponents.

It precisely places the game’s settlement, city, and road pieces, with nothing out of place. If you play against this robot and the board gets all messed up, everyone knows that it is the human’s fault, because this robot plays a neat and organized game.

See, it’s better than you at this too. When will they stop one-upping us?