Sphero BB-8 Will Watch The Force Awakens with You

I already thought that Sphero BB-8 toy was pretty awesome. I even had a hex put on our fearless leader when he refused to rig the drawing so I could win the toy a few months back. I’m having that hex renewed as we speak because that Sphero BB-8 toy just got an awesome update. 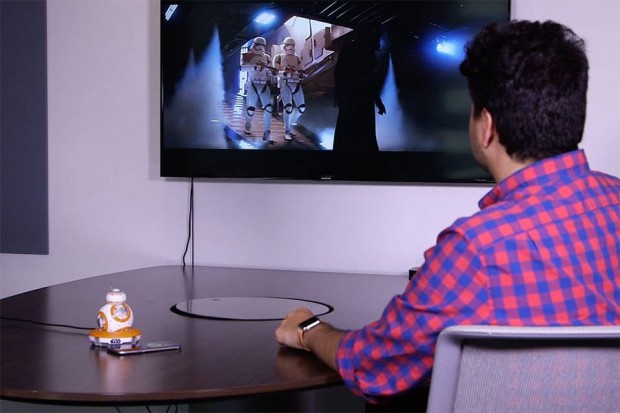 If you apply the latest update to the controller app for the toy, BB-8 will “watch” The Force Awakens with you. BB-8 gets all happy when Han and Chewie are on screen. He gets scared when Kylo Ren is on screen. He also toots his own horn when he sees himself on screen.