Last year, Tested co-founder Will Smith left the successful geek website to test the viability of virtual reality as a media platform. Now we can see his vision come to fruition. Will’s new show The FOO Show is a virtual reality show for the Oculus Rift (and soon for the HTC Vive as well). 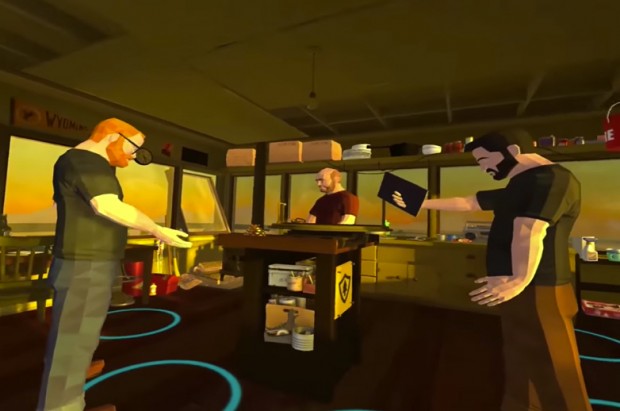 Will says they’re “using a suite of tools let us quickly and easily capture performances in VR using off-the-shelf hardware, like the HTC Vive and Oculus Touch (when it’s available).” They record both the audio and the movements of Will, who’s hosting the show, and their guests. Those are all integrated into an interactive 3D environment that you can experience using the Rift.

It sounds like a gimmick, but I think The FOO Show is revolutionary, especially for presenting the growing library of 3D experiences. I’m sure the show’s unique ability to transport the audience to virtual environments will come in handy for other topics as well. Equally notable is the fact that because it’s in VR, the viewer controls the camera. You can wander around the virtual set and ignore the hosts if you want. Then there are the goofy 3D avatars, which are just begging for a comedy show to possess them. We’re not even getting into the prospect of hosting anonymous guests and audiences.

Oculus Rift owners can check out the first episode of The FOO Show via Oculus Home. I wouldn’t be surprised if a few years from now we’ll have VR celebrities like in Ghost in the Shell and Psycho Pass. What a time to be alive. And not have an Oculus Rift. :(

[via Will Smith via Kotaku]