Cannoliception: Cannoli within a Cannoli

If you can believe it, I’ve never eaten a cannoli before. All I know about cannoli I learned watching The Godfather, which is to say leave the gun and take the sweets. From what I see here I am seriously missing out. 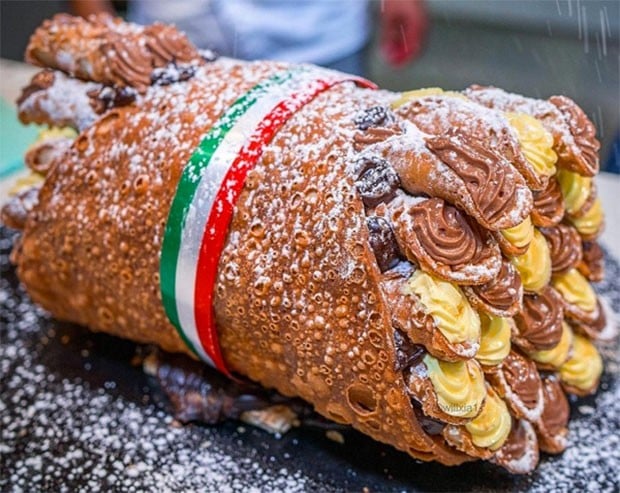 This is no normal cannoli though. It’s a giant cannoli shell stuffed with 50 smaller cannoli. Cannoliception.This creation is called the Bazooka and was created by Pasticceria Caruso in Australia, and it looks seriously yummy. 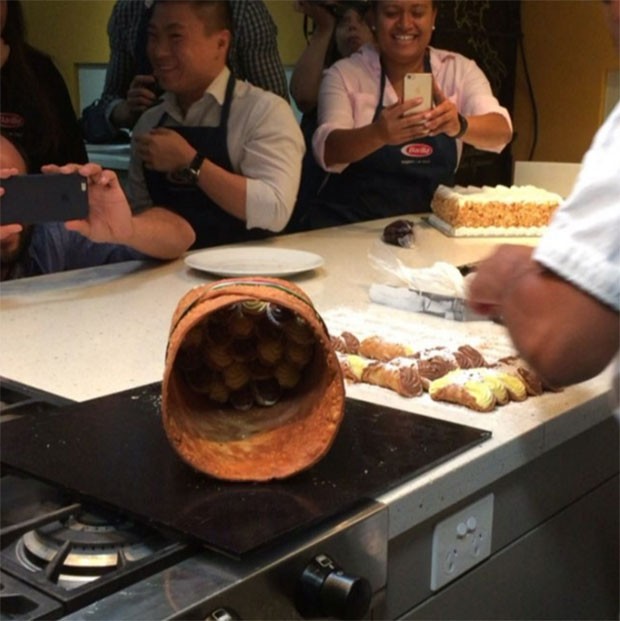 I want one of these for my birthday. I’m off to find something sweet to eat now and to cry because this cannoli goodness isn’t in my belly.

?? Pasticceria Caruso ?? @Pasticceria_Caruso making a Cannoli Bazooka @barillaaus cooking. Thanks for the invite @josiegags and @thewogwiththegrog for putting on such a fun evening, I'm still burning the calories! Dean Martin: Thats Amore ?

[via Thrillist via That’s Nerdalicious]