There are several applications that let you make digital pinball machines, but perhaps none of them are as easy and quirky as the Flippaper. Made by arists Jérémie Cortial and Roman Miletitch, this pinball machine makes you draw the playing field. 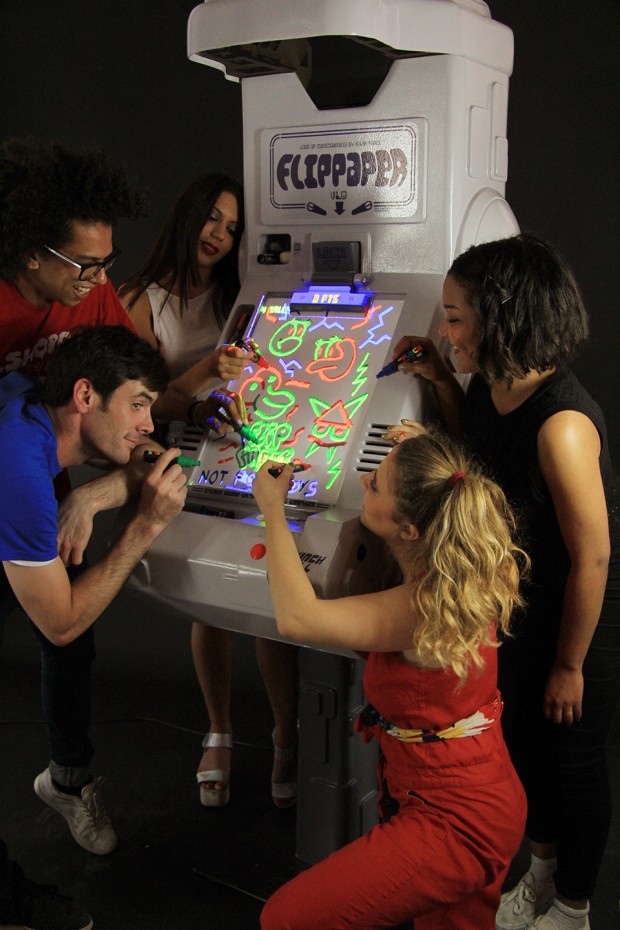 You draw the playing field on paper on top of Flippaper’s screen, which has a clip to hold the paper. The machine then uses simple rules based on color and shape to determine how the resulting playing field looks and behaves. For instance, you draw a blue dot to make a flipper, while green lines turn into paths that speed up the virtual ball. You can even modify your playing field on the fly. 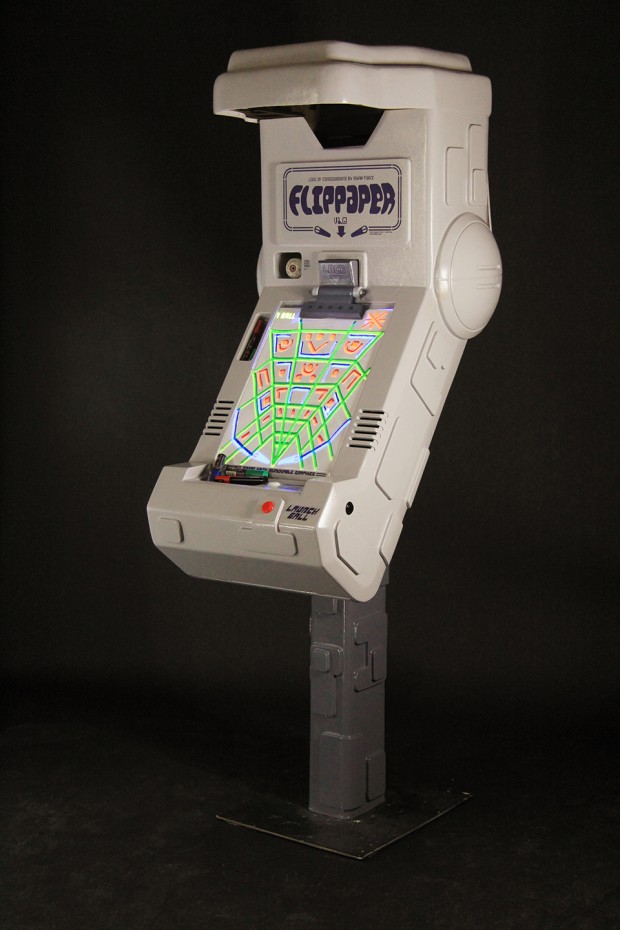 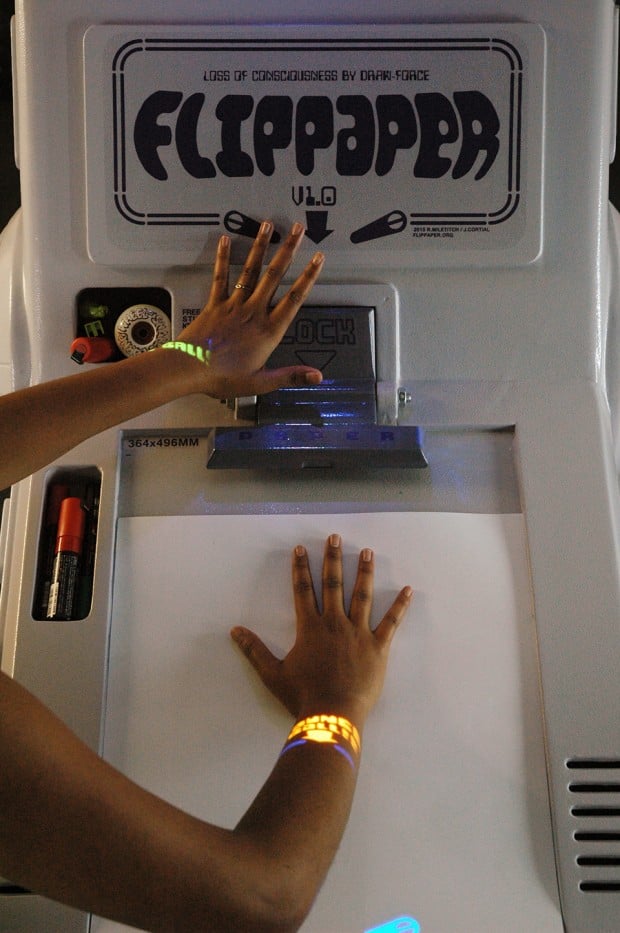 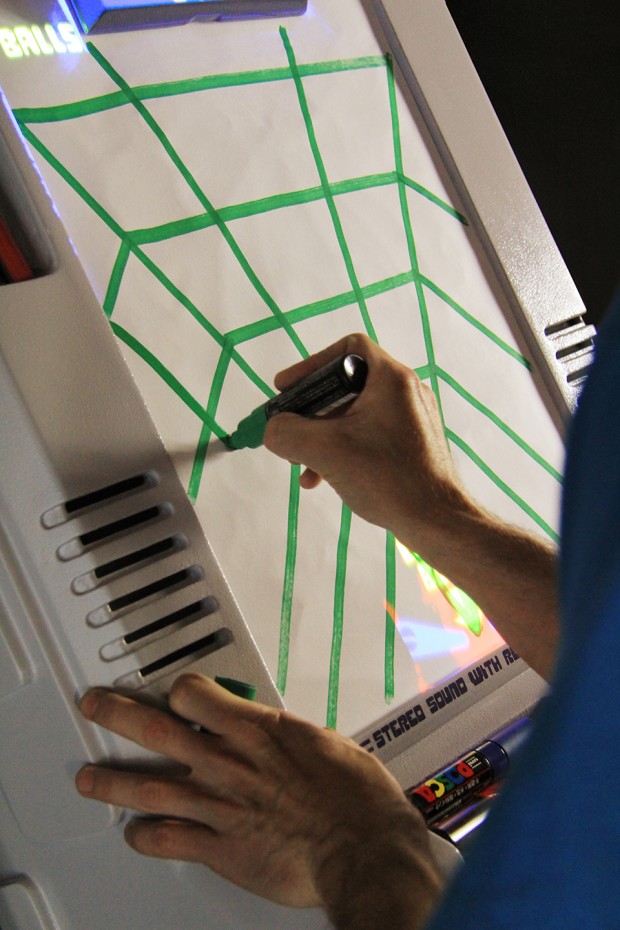 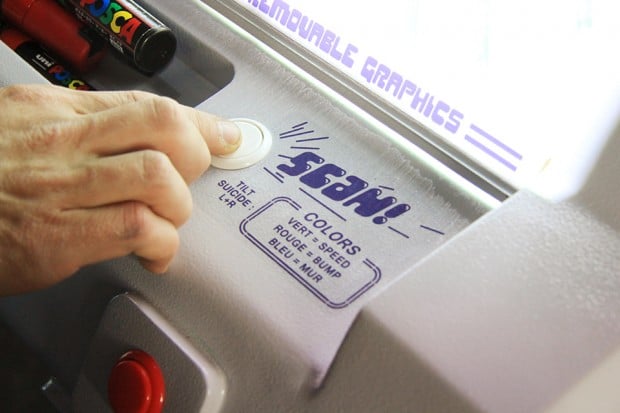 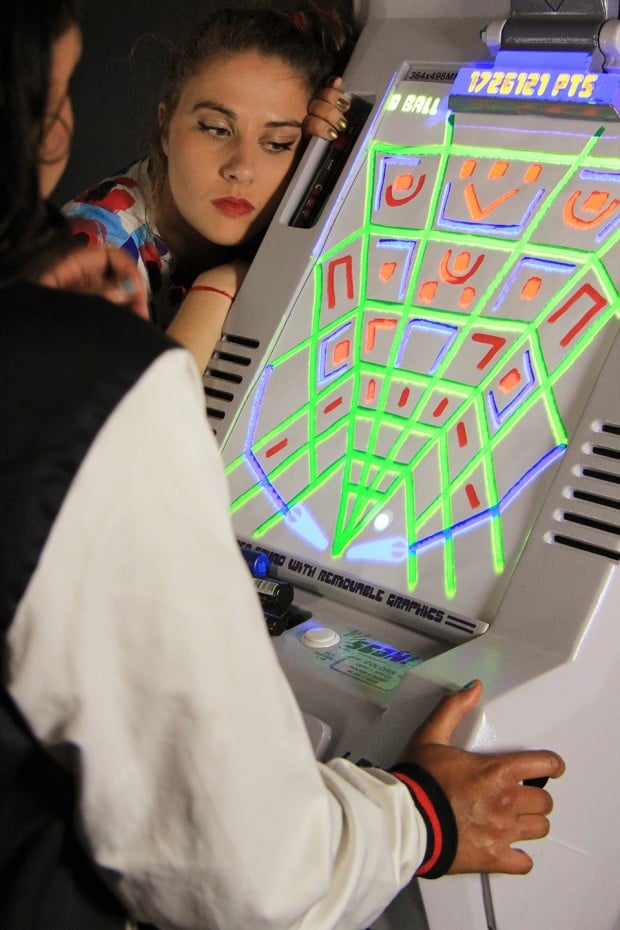 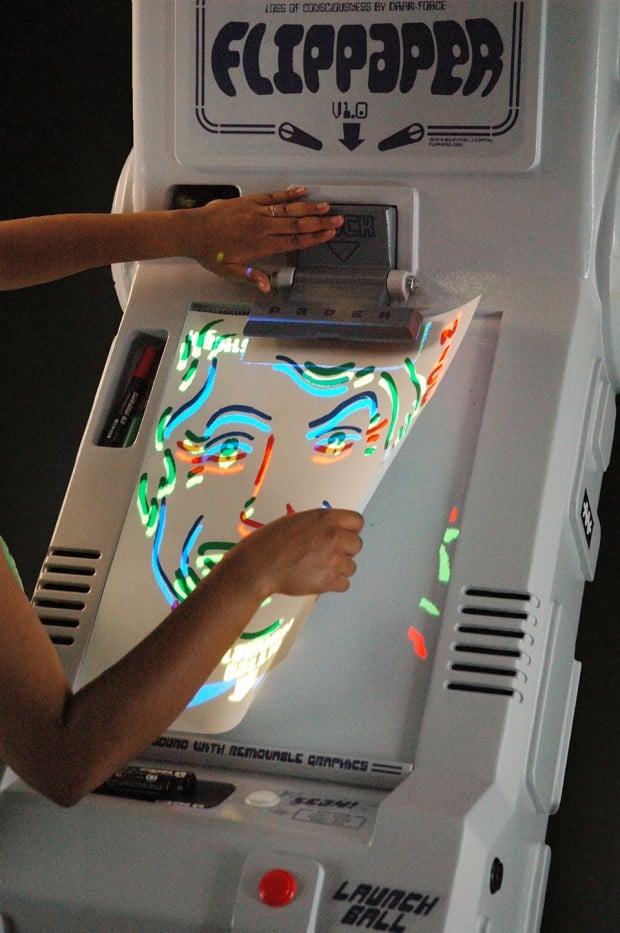 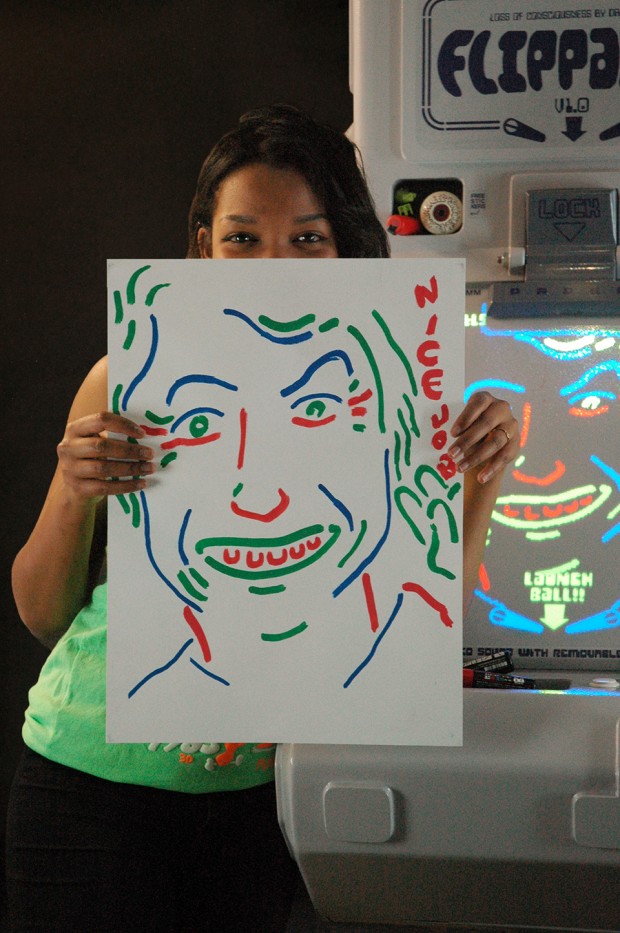 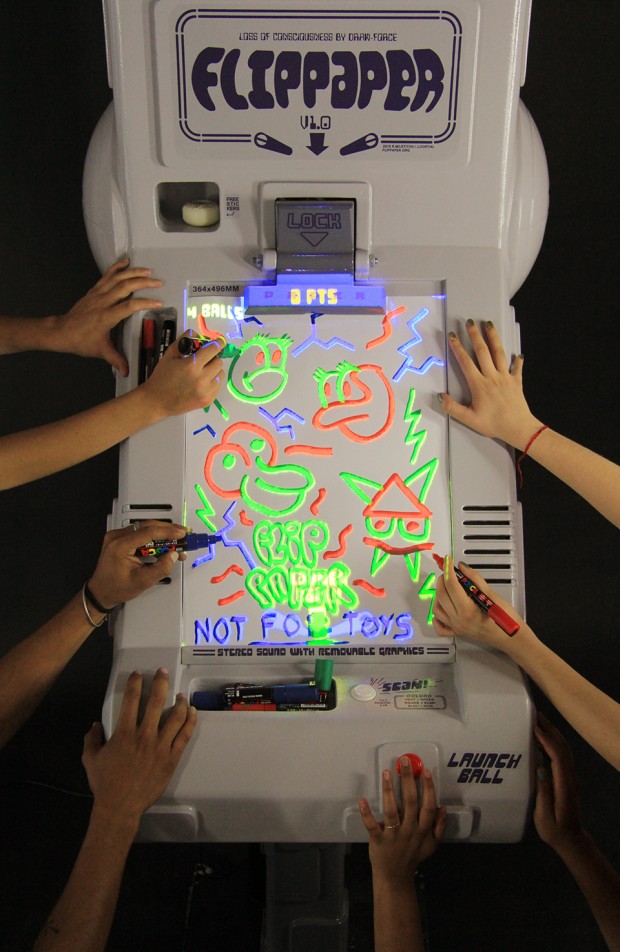 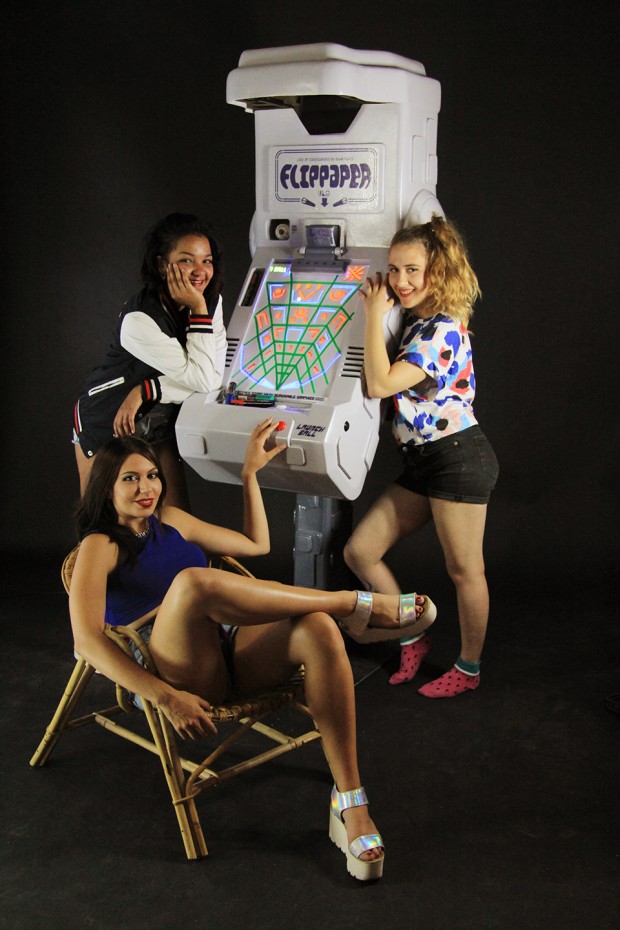 Contact Jérémie and Roman to commission a Flippaper. The cost is available upon request, which means it’s going to be expensive. But hey, so are real pinball machines, so I bet the artists will sell a couple of units.