Have you ever wanted your own AT-ST? Well, a man by the name of Mr. Kernish has created his own full-size replica of the Empire’s All-Terrain Scout Transport. 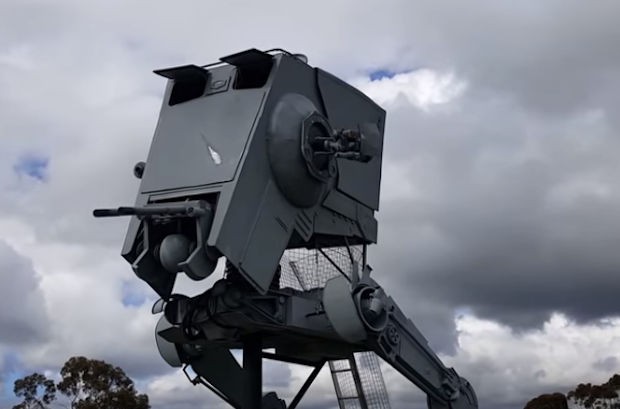 The is an impressive build. It looks sort of like a treehouse, with a ladder leading up to the cockpit, so I assume someone can climb in. The gun turrets all move, the hatch opens, as well as various flaps. It does everything but fire lasers and have a roaring Wookiee pop up.

This thing is basically the ultimate guard dog, just sitting next to his house and guarding it. We can only assume that he intends to take her out and fight Rebels all by himself. Hopefully, he won’t take it to some remote forest moon, because we all know that Ewoks will ruin the day of any AT-ST pilot.

[via /film via Gizmodo]