Another day, another Raspberry Pi retro emulator in a Game Boy case. But Redditor wermy426’s Game Boy Zero deserves its own post because it has a couple of neat features. The main one is that he loads software on the Pi by inserting a cartridge, just as you would load a game on a normal Game Boy. Wermy426 soldered an SD card reader to the cartridge, then connected the cartridge reader to the Pi’s SD card pads. 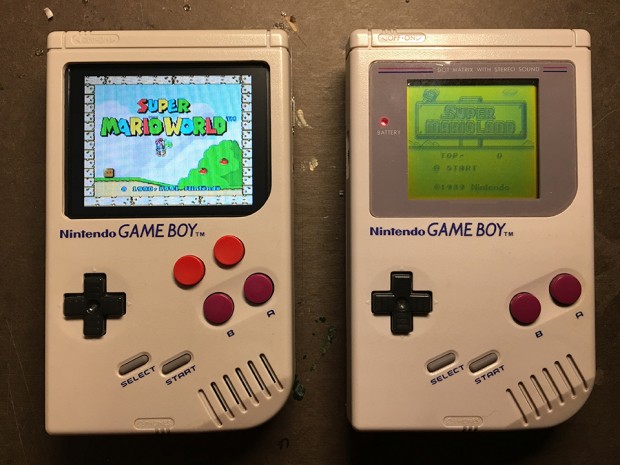 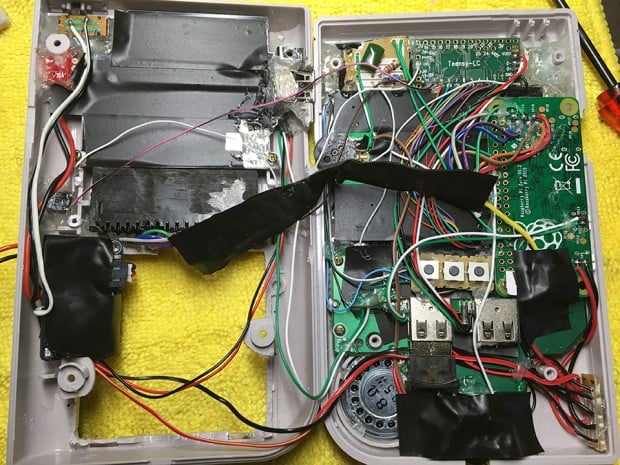 While the Frankensteined gadget looks like a mishmash of wires, tape and hot glue inside, wermy426 managed to make it clean and practical on the outside. For instance, the Li-ion battery, the USB hub and the display controls are accessible via the battery compartment. Wermy426 also added small L and R buttons where a pair of screws on the back used to be.

Check out the description on wermy426’s video for more on the parts that he used.